Race Against the Melting Snow 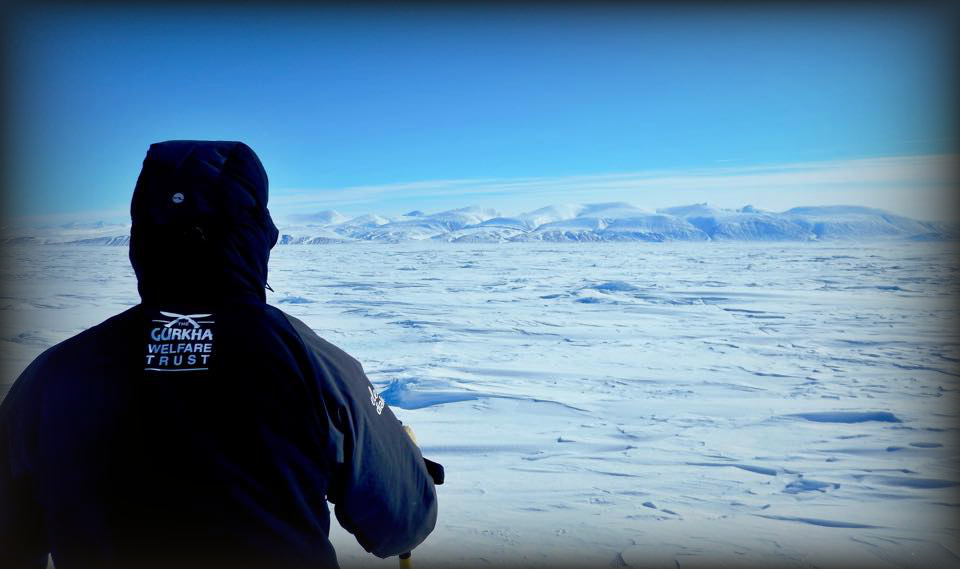 Three weeks since the last update, Jon and Arjun have since arrived to at the Eureka Weather Station, prepared their 100kg sledges once more, and embarked on the second phase, enduring obstacles on the way to the CFS ALERT. After arriving to the station, the pair rejoiced in warm showers, fresh clothes, and access to fresh food, 24/7. But as all good things do, their stay had to come to an end. And thus, they have continued to march on to ALERT. 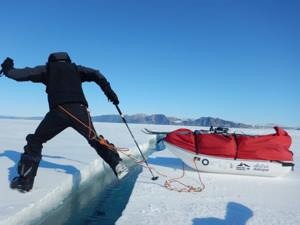 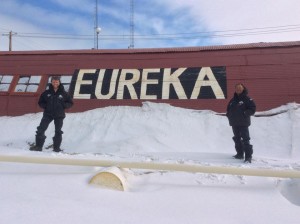 While trekking towards their second destination, Jon and Arjun ran into several obstacles along the way. Though miles and miles of snow and ice would have you thinking that sun would be welcomed, it was quite the contrary. The sunlight blinded the duo as well as started to melt the snowy path, racing against the ice. Not only was the snow melting, they encountered the pressure ridges that Jon Turk warned them about. Having to reroute only 2 miles from the Alert point in Yelverton Bay tested their strength but they made it. 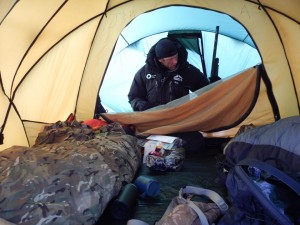 Jon in the tent 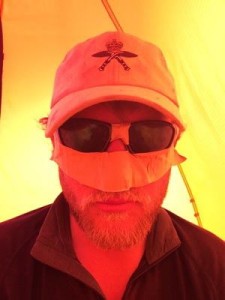 Averaging 11 miles a day, but hopeful to make it 15, and with 24 days’ worth of food left, Jon and Arjun have 220 miles left to the CFS ALERT. Hoping to arrive by July 12, will they make it on time?

A British-Nepali duo, consisting of Captain Jon Armstrong and Corporal Arjun Limbu, are attempting to circumnavigate the tenth largest island in the world, Ellesmere Island,  in the Canadian Arctic. Only accomplished once by a two-man team before them, they attempt to break the world record by completing the feat in 100 days. On May 1, they began their trek from Grise Fiord, in the south of the island.

As they kayak, climb, and trudge through 1500 miles of snow and ice in extreme conditions, they are researching and collecting data and performing experiments to better understand global warming and the effects of extreme weather on the human body. All of the money raised for Expedition Arctic Gurkha is given to charities, such as the Gurkha Welfare Trust and Taplejung Water Project. 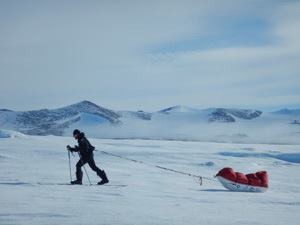 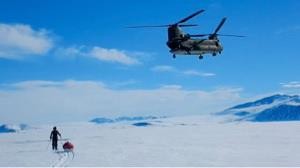