Facing Off with Blizzards, Polar Bear Tracks and Strong Winds 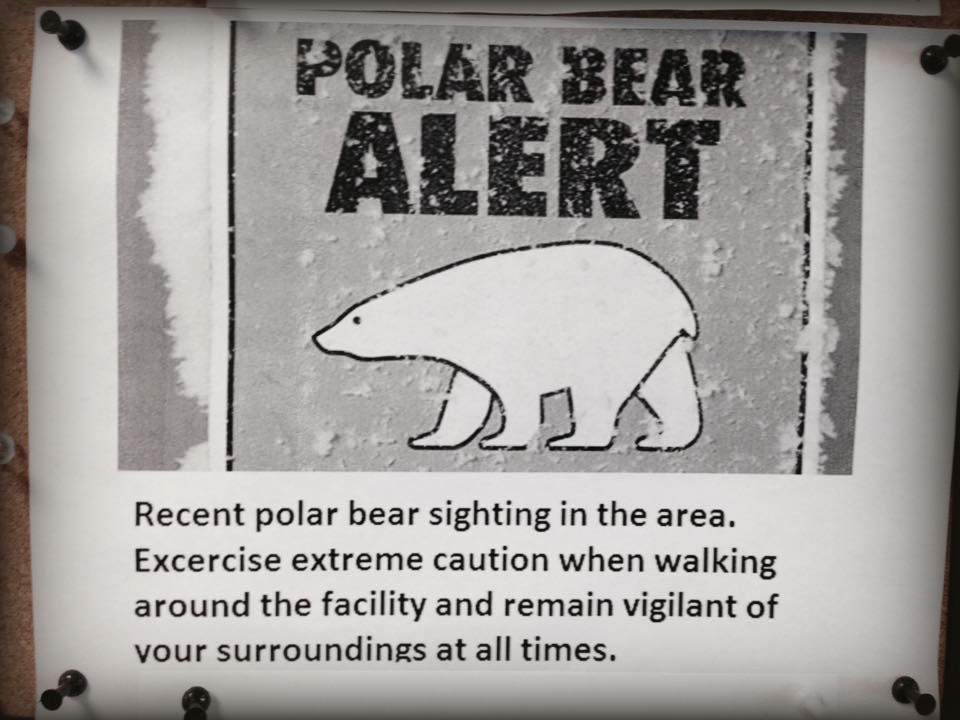 For the past month and a half, Jon and Arjun have been pulling 80 kg (176 lb) sledges across the south of the island and then north toward Eureka Weather Station.  They often found themselves fighting strong gusts of wind, 5 m (16 ft) visibility, and harsh snow conditions, exhausting them and setting them back several days.  Their spotting of polar bear tracks was also quite worrisome. 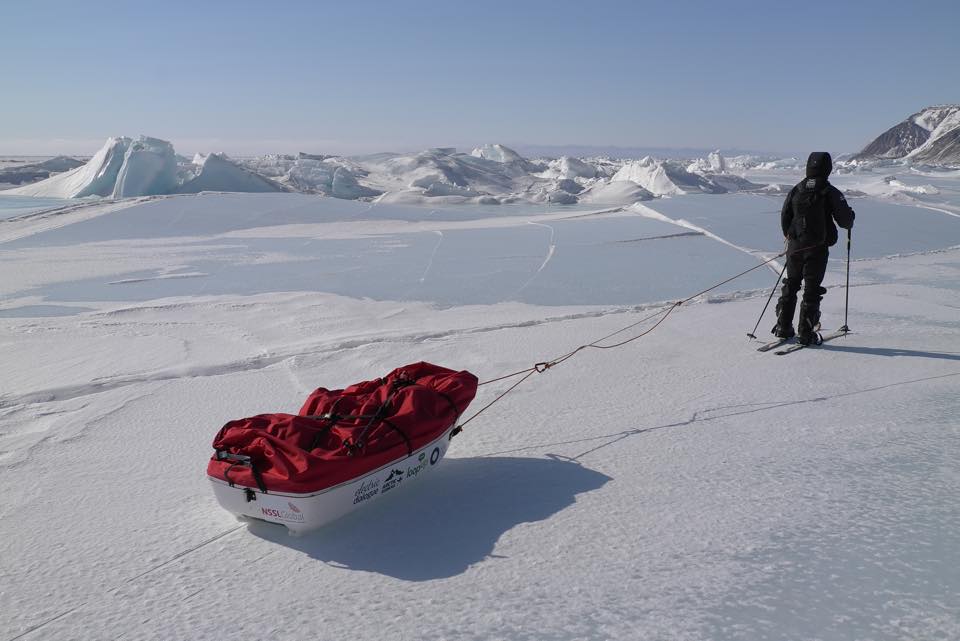 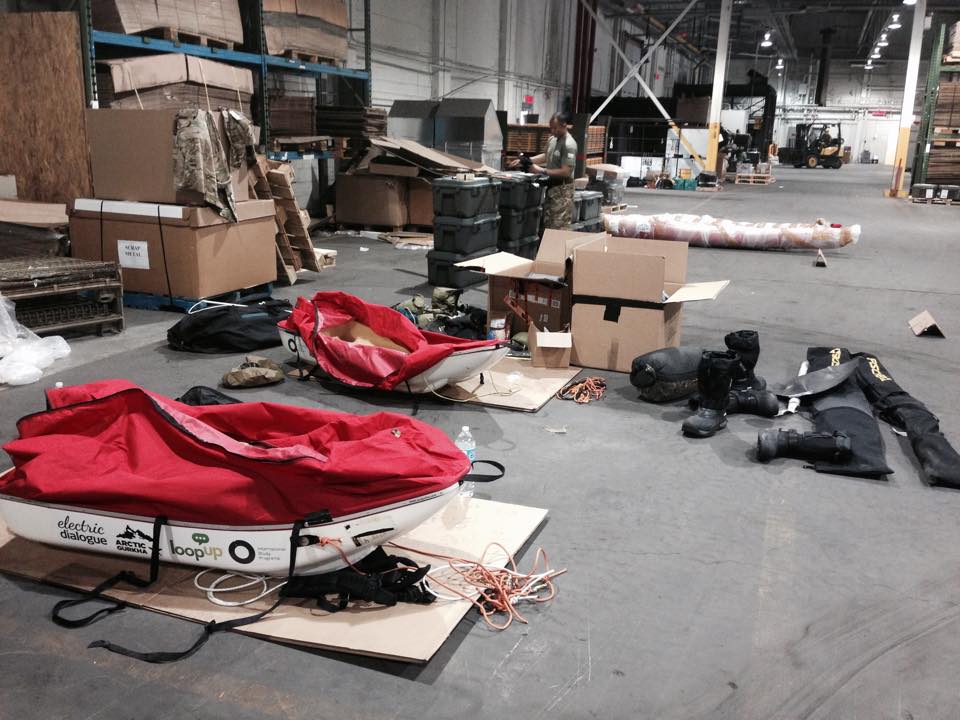 Reloading the sledges with food and supplies 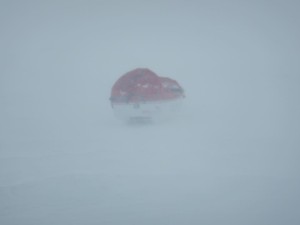 Less than 5m visibility ahead 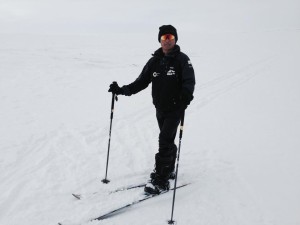 As they are currently within 10 miles of the station, Arjun and Jon are in great anticipation of the hot water, indoor plumbing, and human interaction now not very far away.

After the Eureka Weather Station, the pair will load and pull their 100 kg (220 lb) sledges, with 45 days’ worth of food, and continue onward into the second phase of the journey: to the CFS Alert (the Canadian Forces Station ‘signals intelligence’ intercept facility).

A British-Nepali duo, consisting of Captain Jon Armstrong and Corporal Arjun Limbu, are attempting to circumnavigate the tenth largest island in the world, Ellesmere Islands,  in the Canadian Arctic. Only accomplished once by a two-man team before them, they attempt to break the world record by completing the feat in 100 days. On May 1, they began their trek from Grise Fiord, in the south of the island.

As they kayak, climb, and trudge through 1500 miles of snow and ice in extreme conditions, they are researching and collecting data and performing experiments to better understand global warming and the effects of extreme weather on the human body. All of the money raised for Expedition Arctic Gurkha is given to charities, such as the Gurkha Welfare Trust and Taplejung Water Project. 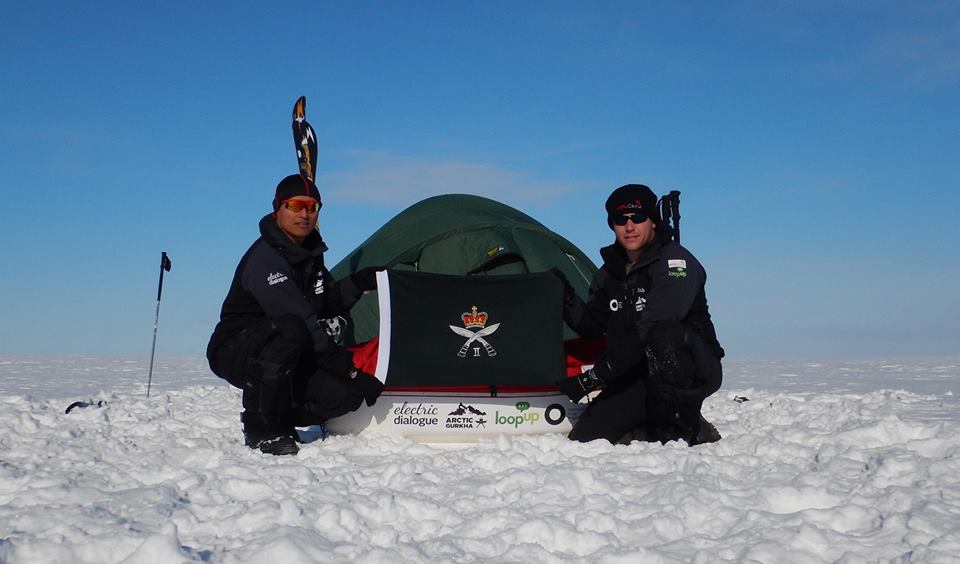 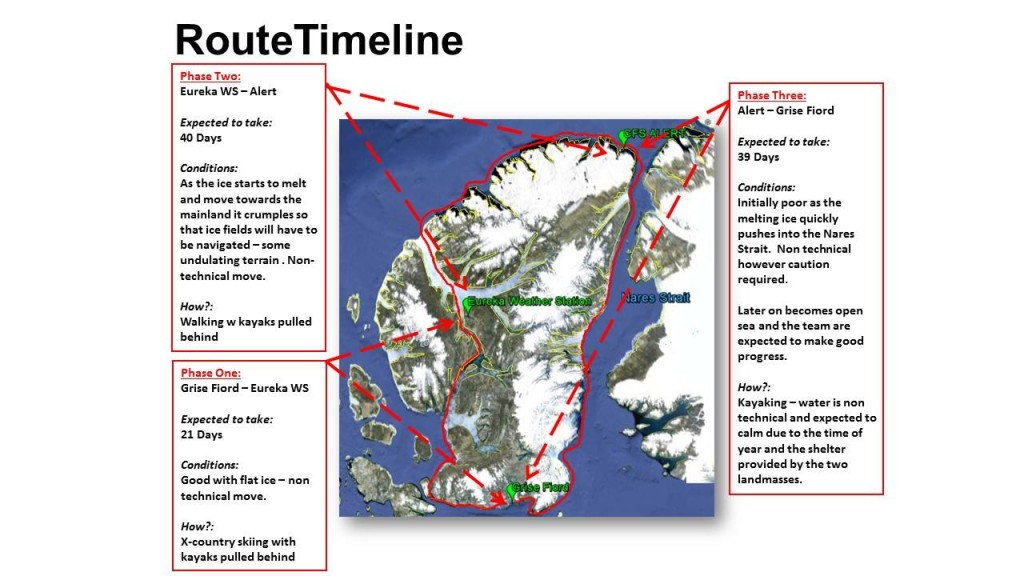 A map of the three phases of the expedition, going clockwise