Deep Channels of Pythons, Possible Crocs and A Leopardess

Into the Okavango Expedition 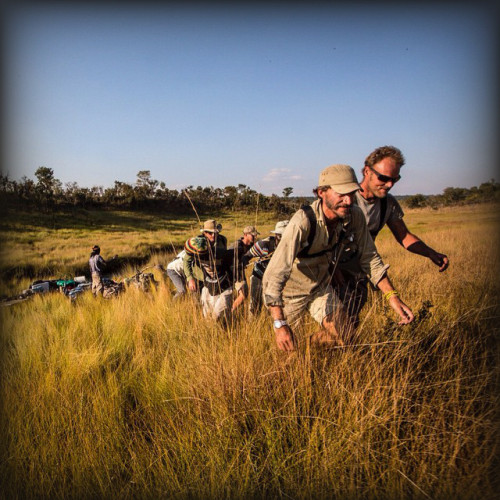 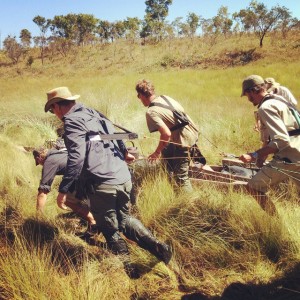 The expedition camp manager, Pieter Hugo wading the mokoro through a deep channel

After finding the “bubbling” source of the Cuito River, the team proceeded downstream with their mokoros, narrow dugout canoes fashioned by the local Ba’Yei people. The river, however, starts out as tiny rivulets in deep sedge grass that slices the skin. The team initially pulled the 609 pounds of loaded mokoros through the grass resulting in slow traveling, not often exceeding 2 km (1.2 miles) per day.

Eventually the rivulets turned into deep, narrow channels. The team floated the mokoros and waded in the dark, creepy gorges that can be home to crocodiles and there was a discovery of swimming pythons. Finally the streams became big enough for the team to stand up and pole along, which, due to the highly kinked meanders, was still slow, but resulted in a slightly faster speed of about 8 km (5 miles) per day.

The area does contain some dangerous wildlife, which, in addition to the pythons and crocodiles, also includes hippos, lions, leopards, elephants, and rhinos. Expedition photographer James Kydd has a story about being awoken in the middle of the night and the next morning discovering paw prints of a leopardess.

A team of scientists, photographers, writers and technicians is crossing Angola by navigating the Cuito River from its source in the Angolan highlands through the magnificent Okavango Delta to its runout in the salt plains called the Makgadigagi Pan. The team is led by led by Steve Boyes, a National Geographic explorer and bird expert.

Although Angola’s Okavango Delta is a an abundant wildlife region, one of the few protected under Africa’s Ramsar treaty, the Angolan highlands is very remote, and has been almost completely unexplored for over 100 years. The region is now recovering from being a place of battle for 27 years in Angola’s recent civil war.

By traversing the full length of the river while highly connected through social media, the expedition hopes to draw attention to the Angolan highlands in an attempt to protect its wildlife and vital but fragile ecosystem.

The journey is best followed by their Instagram page and Twitter page, and their website contains information about the journey, data gathered, as well as a journal. 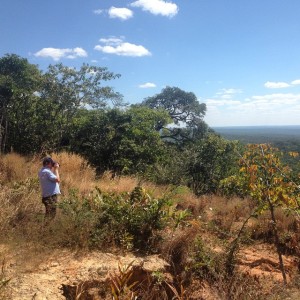 Botonist David Goyder near Cuito source, looking out over a vast expanse of remote Miombo Forest 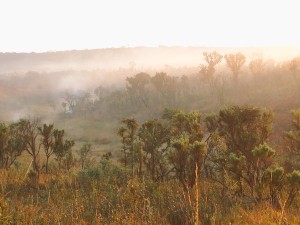 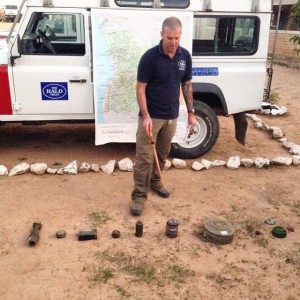 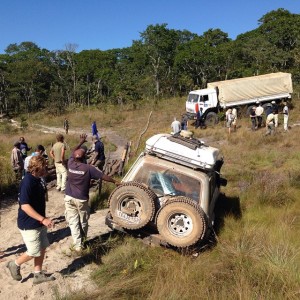 Just getting to the stating point proved challenging 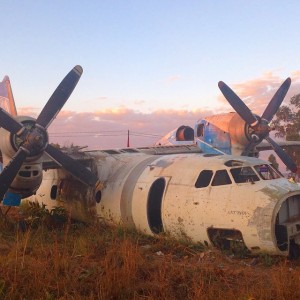 A crashed Russian airplane relic of the Angolan civil war 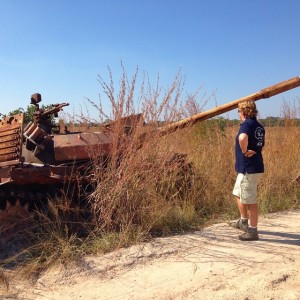 All photos courtesy of James Kydd and the Into The Okavango Expedition, all rights reserved.