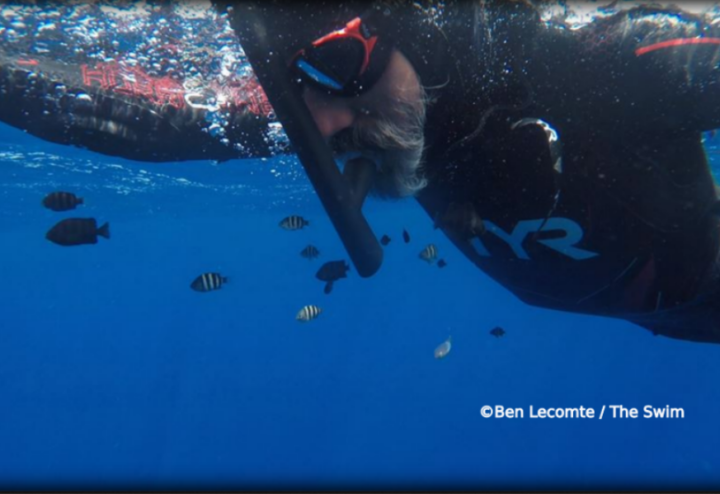 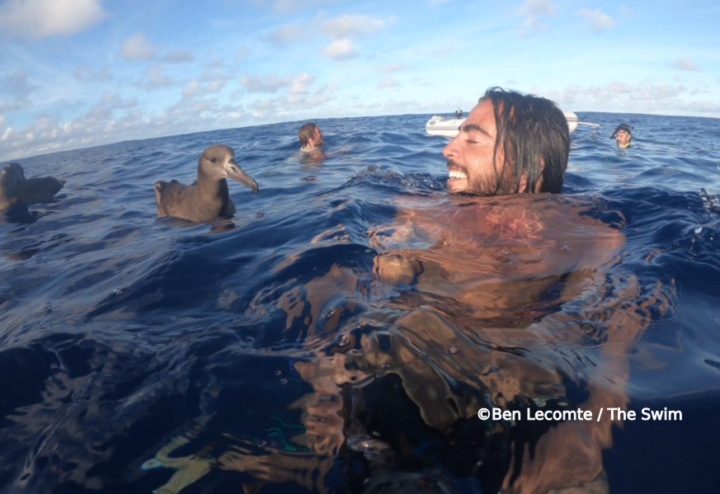 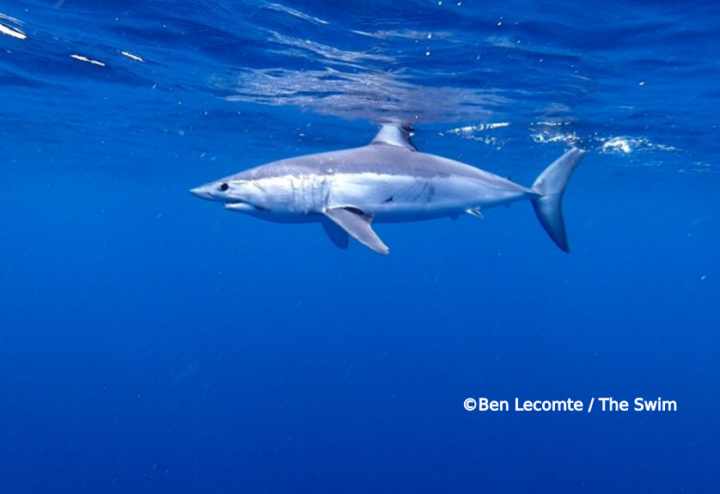 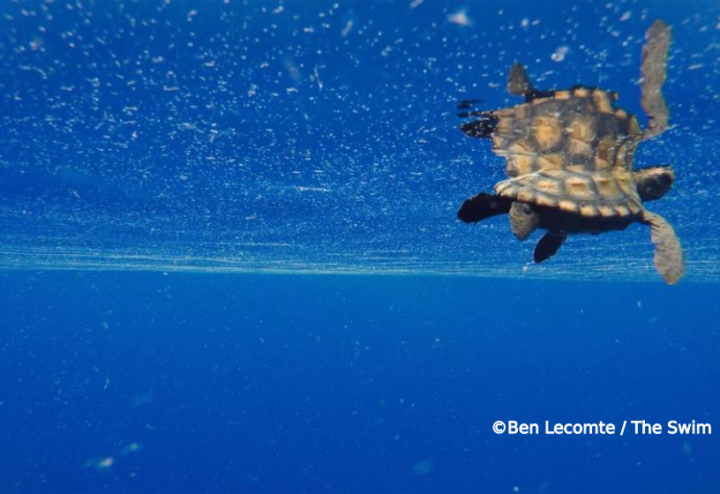 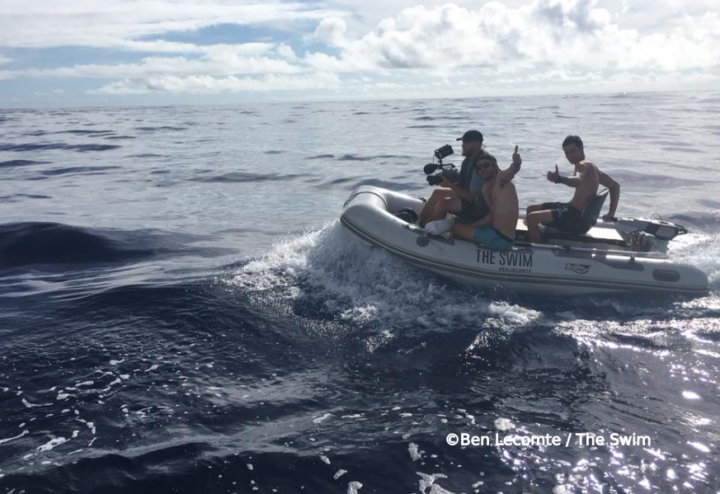 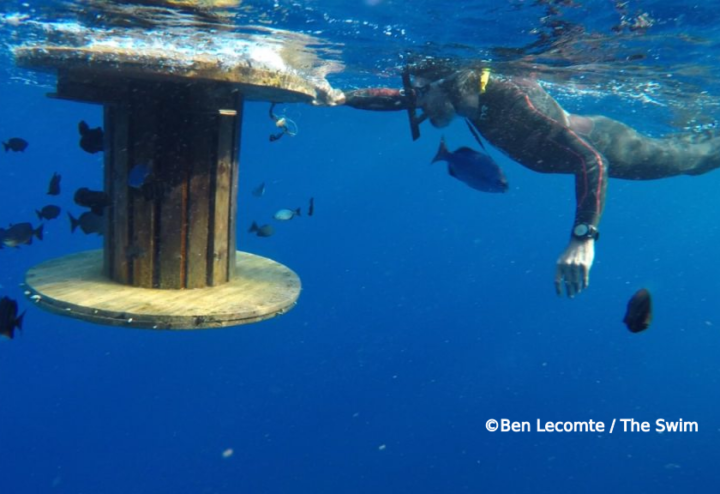 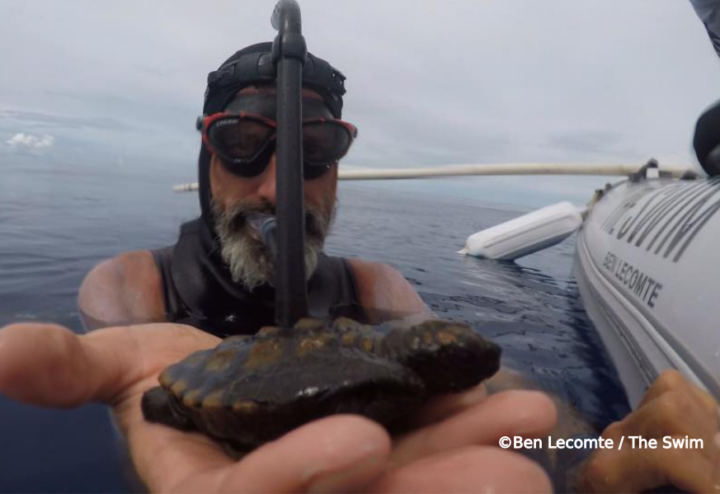 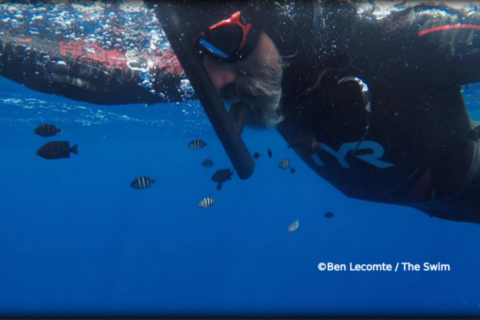 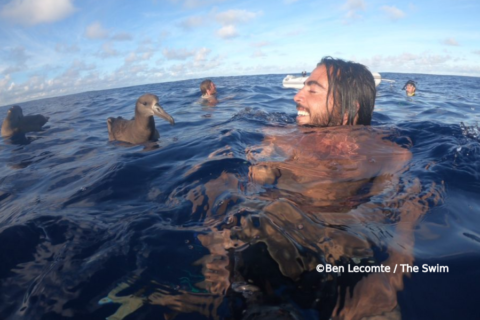 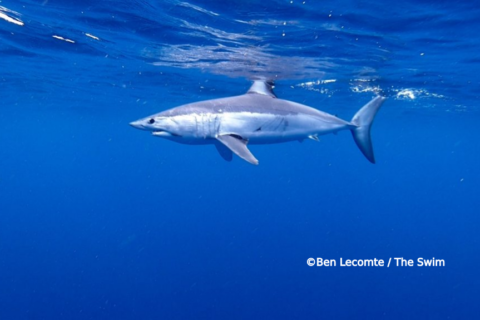 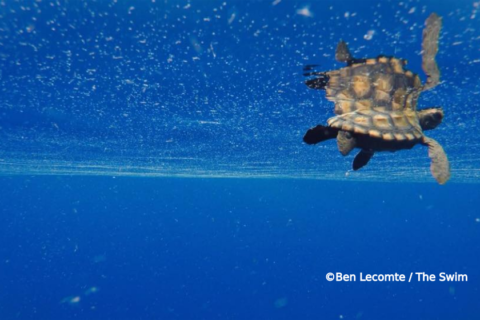 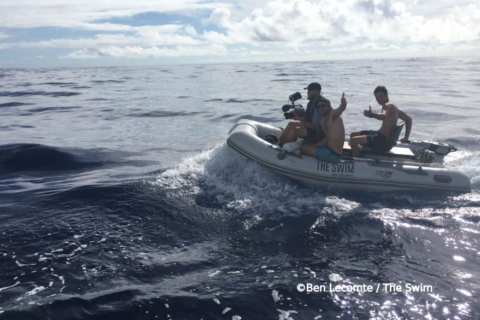 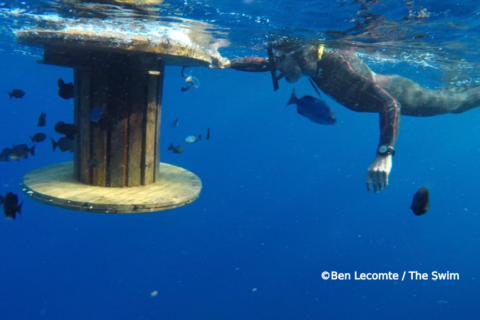 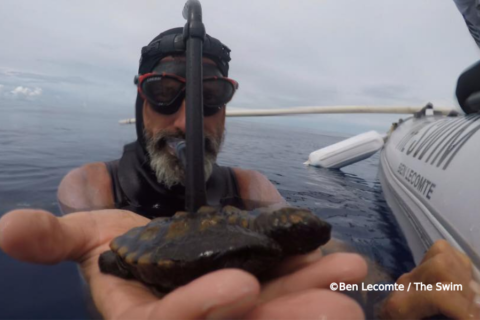 Having successfully avoided two typhoons the weather finally turned in Lecomte's favor and he enjoyed calm waters and great visibility when he returned to the water on August 22.

Lecomte has had a number of curious spectators since resuming his swim. On day 80 a group of albatross landed right next to him. No more than 3 feet away they happily bobbed about while the crew captured the unusual encounter on GoPros.

On day 81 he encountered a fish brazen enough to take a nibble on his exposed nose! On day 85 a much larger visitor decided to check Lecomte out, though fortunately it did not seem interested in taking a bite. A large shark, approximately 7 feet long, was spotted circling Lecomte and his support dinghy. After a couple of passes the shark moved off.

The shark reminded Lecomte of his 1998 Atlantic crossing when he had been followed by a shark for 5 straight days, and he wondered if this latest shark might return for another look. Sure enough, on day 86 there was another sighting. This time the lack of visibility meant that Lecomte could not be sure the shark would see him well enough to determine he was not food. He called off swimming for the day and returned to the boat.

On day 88 the team spotted a big wooden cable spool, a change from the usual plastic waste they have been encountering. But it was the many fish of varying colors and sizes sheltering below it that made for an amazing sight during this portion of the swim. 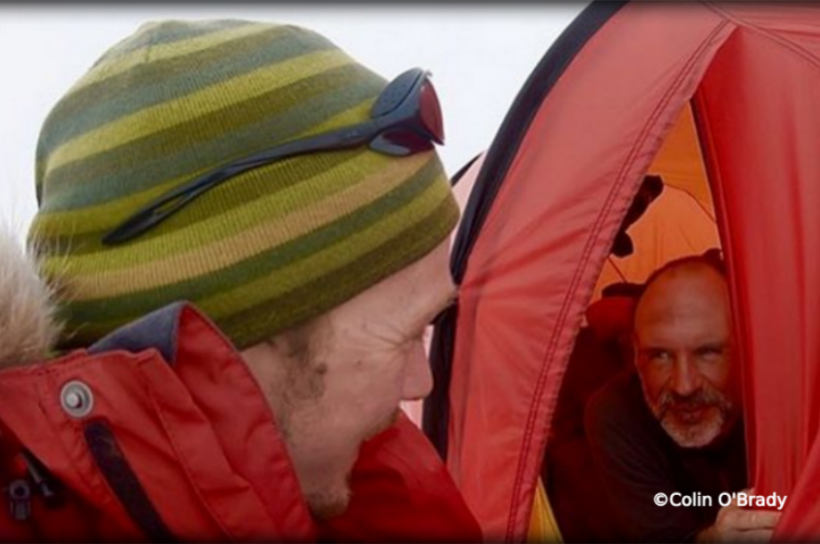 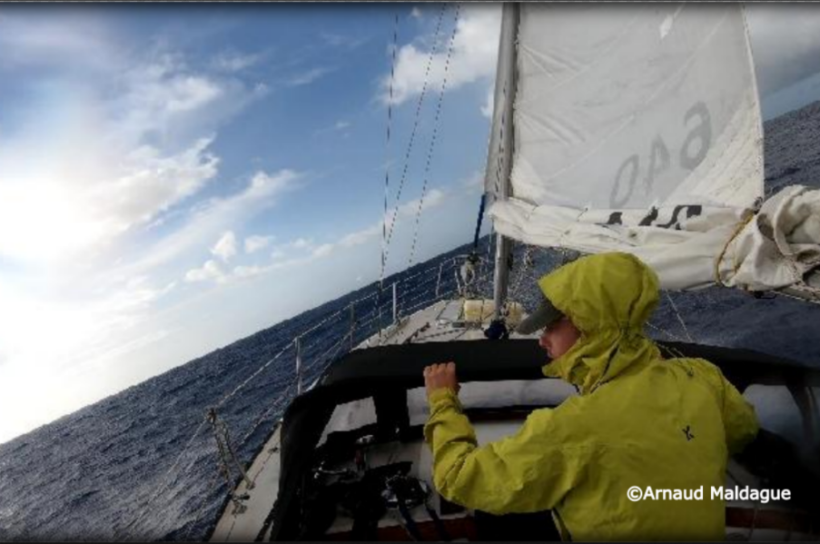