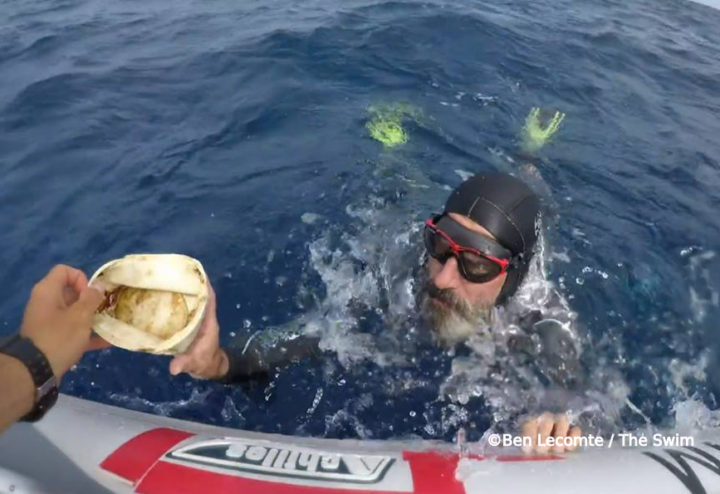 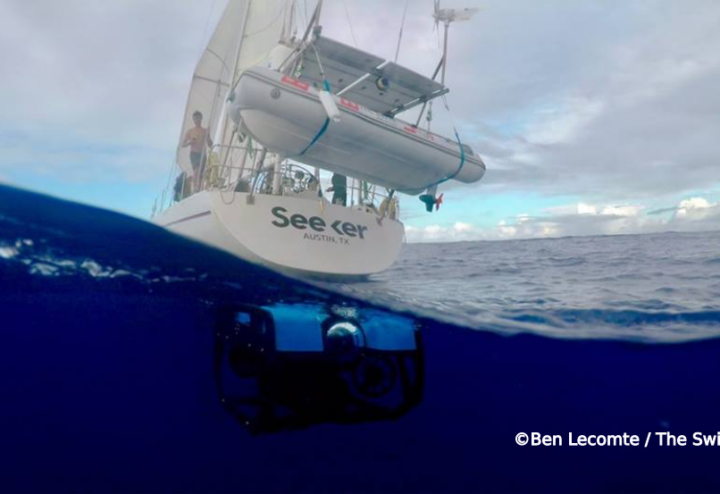 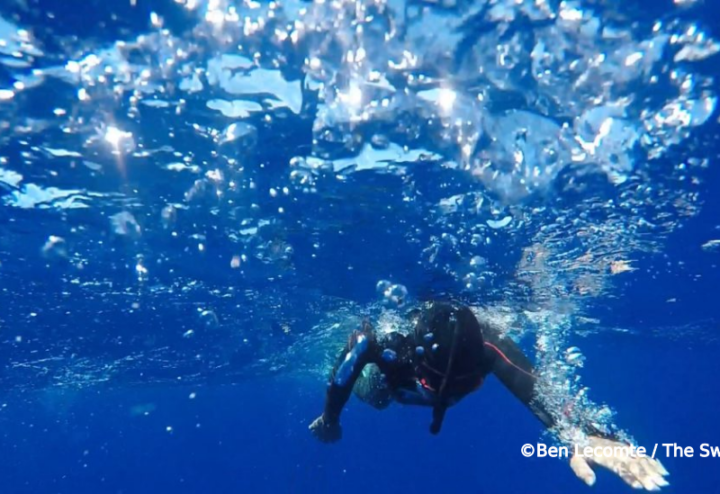 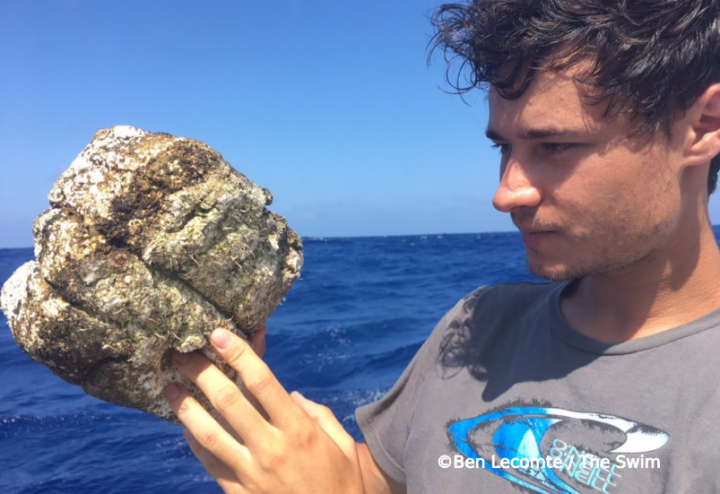 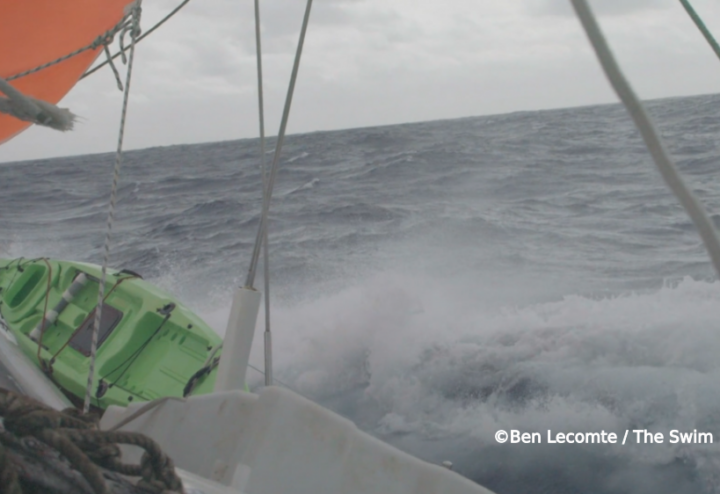 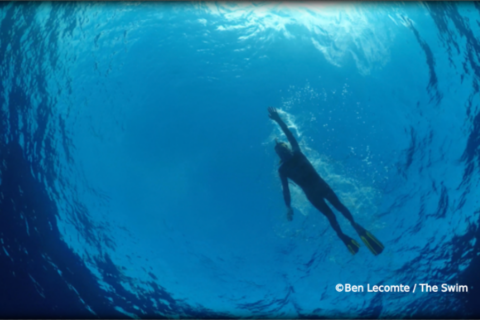 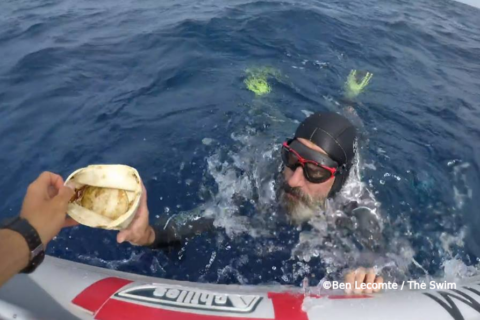 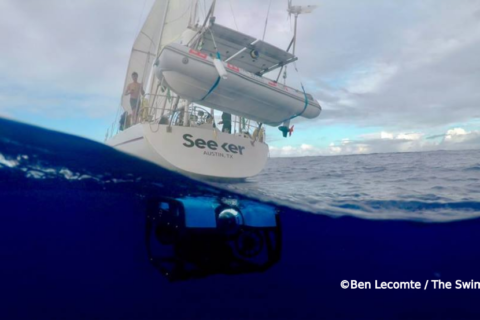 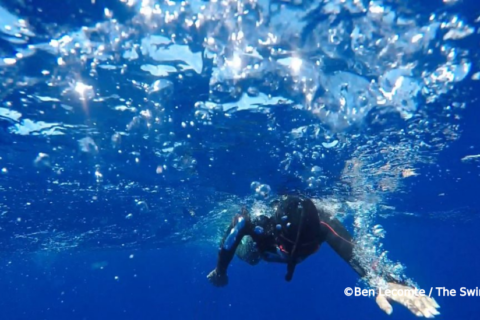 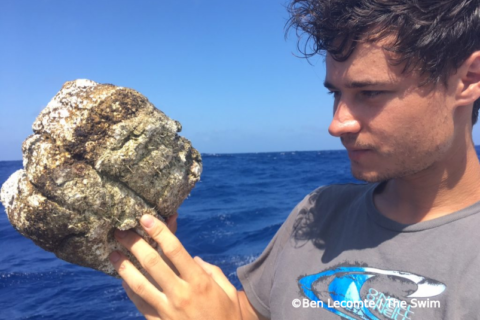 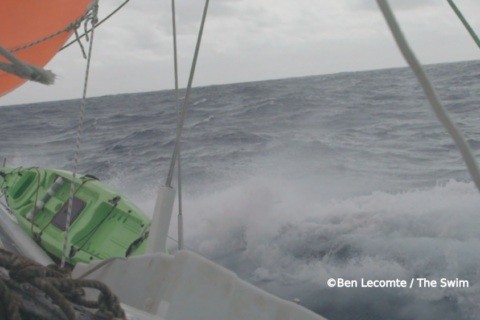 Lecomte has continued to battle cold waters on his swim across the Pacific. By increasing his time in the water to 9 hours per day, and by taking fewer breaks, he has made good progress over the last two weeks.

Recently, Lecomte has started to see evidence that he is approaching the great Pacific garbage patch, a huge vortex or plastic waste in the middle of the ocean. The density of plastic particles in the water has increased and the team believe they may have entered a long arm of the zone that extends to the west of the main vortex.

After a few days of calm conditions, the weather has once again disrupted Lecomte's routine. Choppy waters throw him off balance, as the waves alter his course and his swimming form. The large waves have been created by a storm that has been developing to the east, and that is now threatening their position. The storm has progressed into a super typhoon, with winds in excess of 210 miles per hour and 60-foot waves! This massive storm has forced Lecomte to take a break from swimming as the team transitioned into pure sailing mode to escape the worst of the weather. 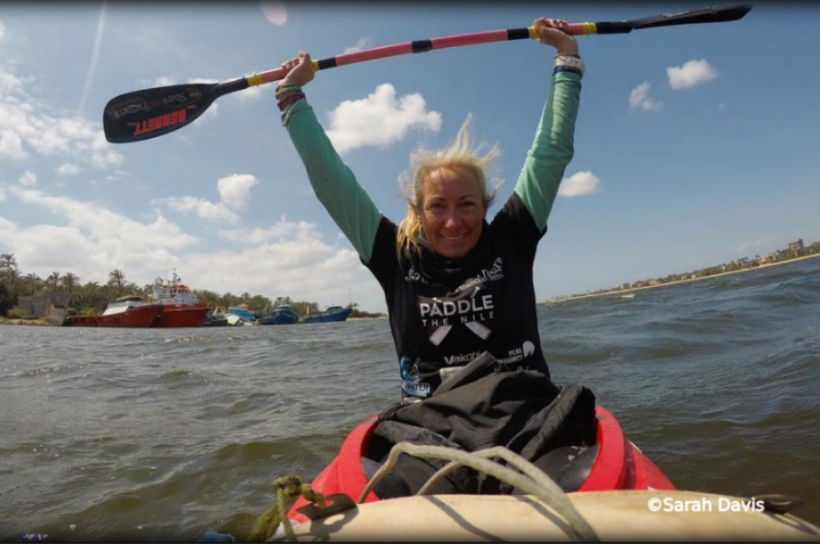 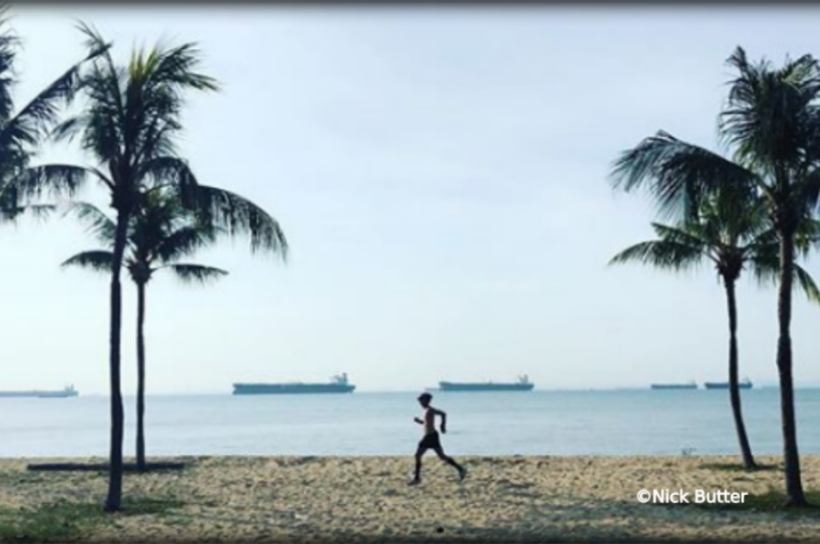