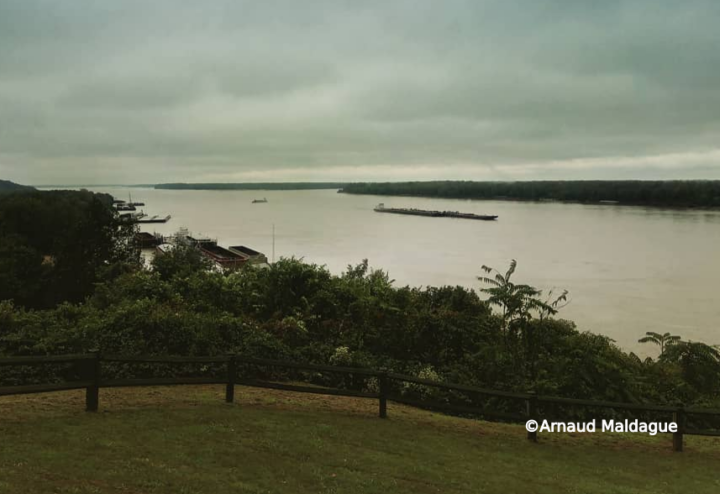 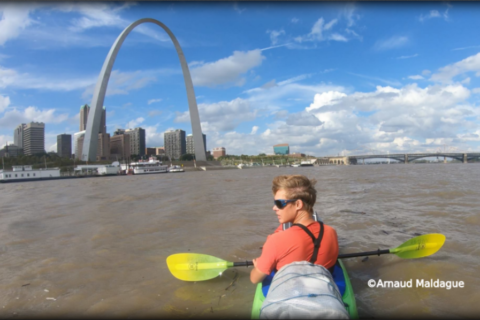 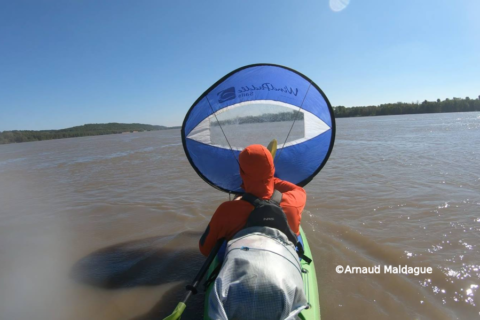 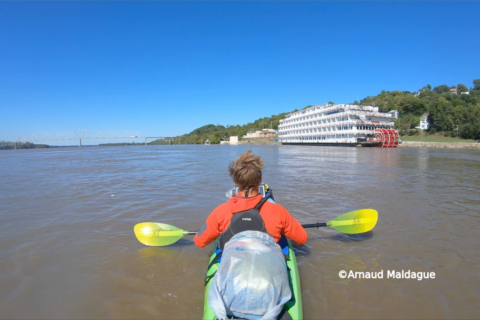 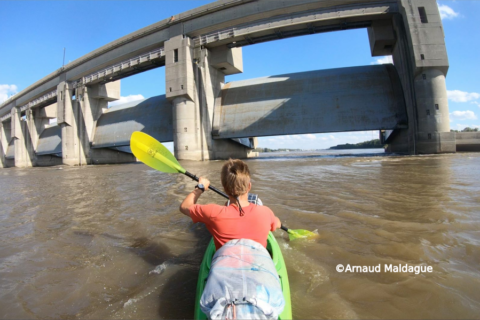 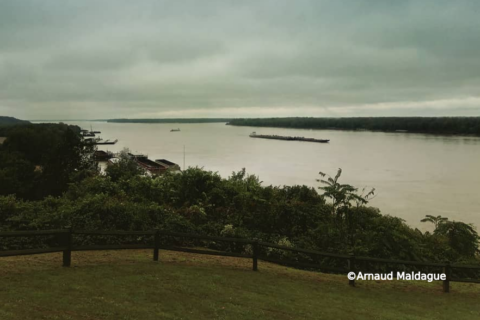 Past St. Louis And Through Gushing Floodgates

Maldague passes through St. Louis, his biggest city on the river so far. The two last lock/dam combinations are in the region, and after that, the river becomes much larger and unruly.

The floodgates have often been open on the dam, but boats are not permitted to pass through them because of the torrent of water. Instead, boats are asked to wait in line to pass through the adjacent lock. Nevertheless, riding the rapids of water through the dam is not usually particularly dangerous, especially for a kayak like Maldague's.

In one experience near St. Louis, Maldague called the dam attendant in advance to ask about barge traffic. The attendant told him he was not condoning him to kayak through the dam but that it would not be a big deal if he went through it 'by mistake'. The attendant continued, "the last door on the right of the dam will be a bit more raised" Swoosh! Maldague said it was an "intense" and fun experience.

Maldague has now paddled past the massive Ohio River tributary on the Illinois-Kentucky border with Missouri still on his right side. 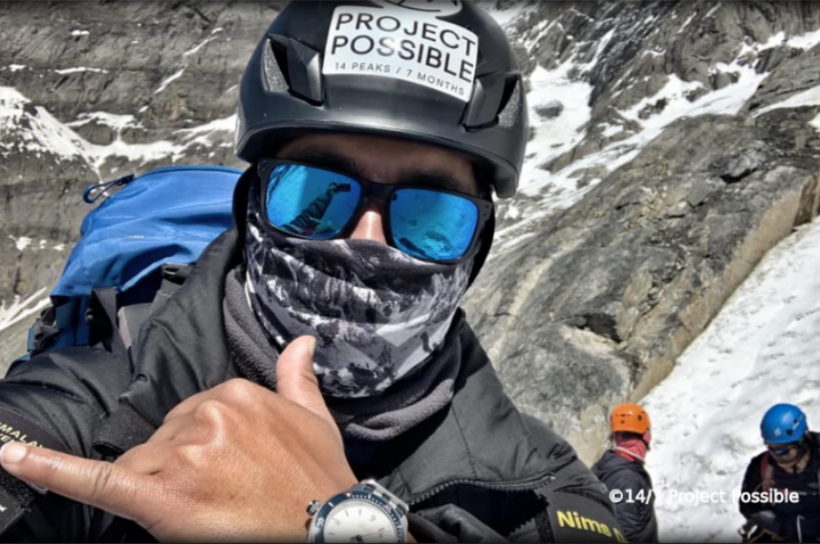 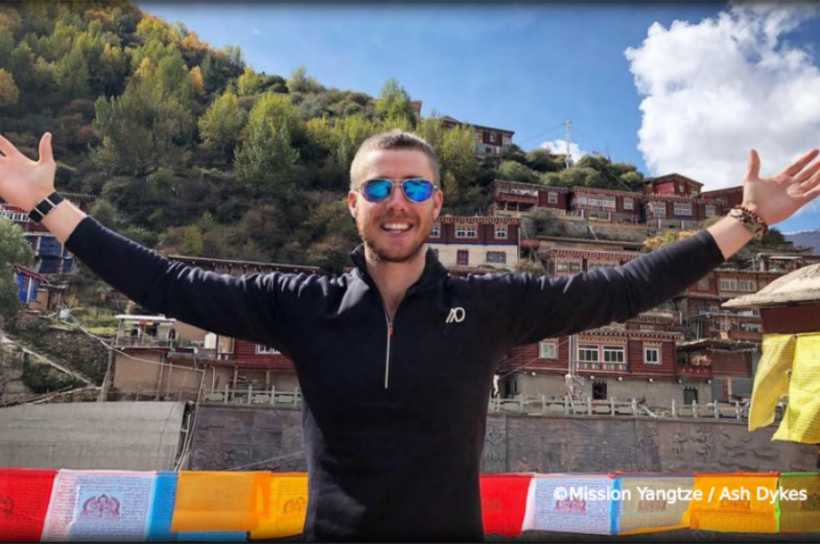