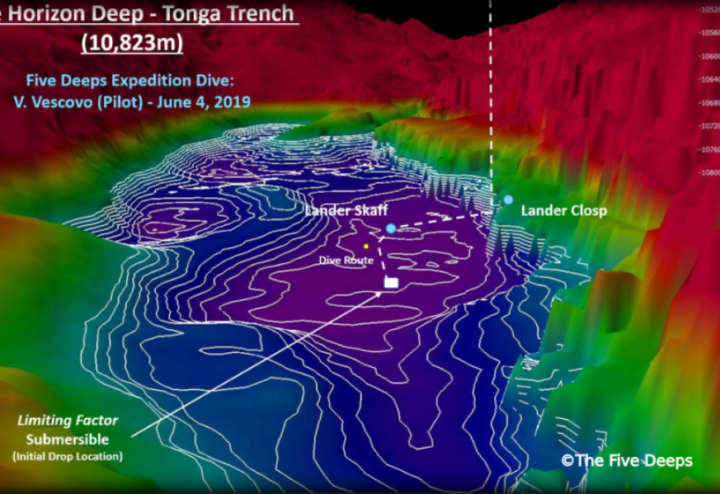 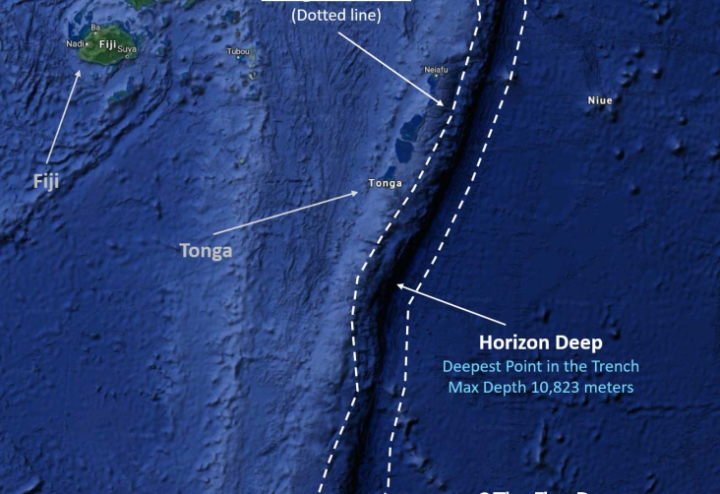 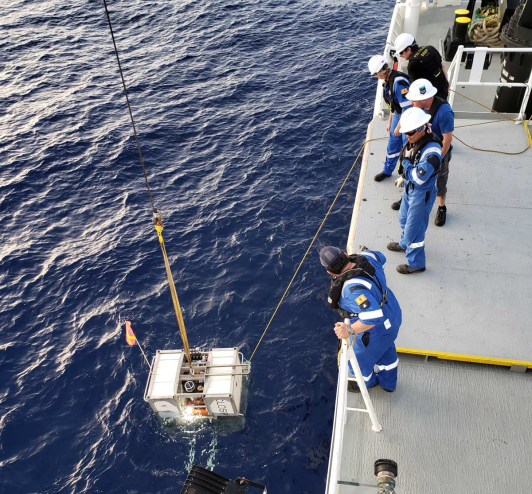 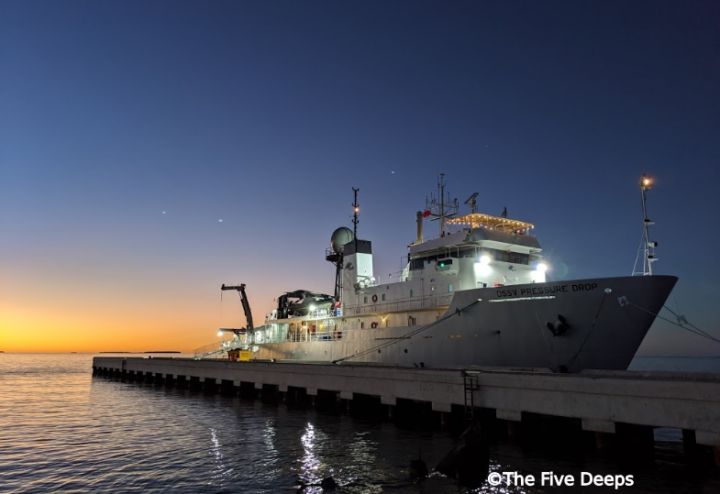 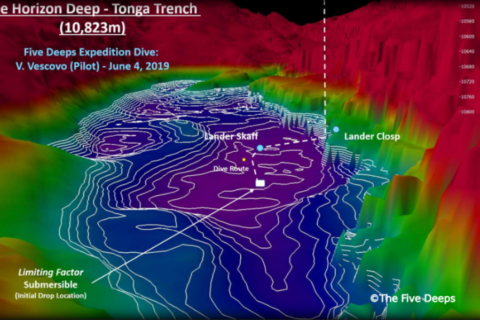 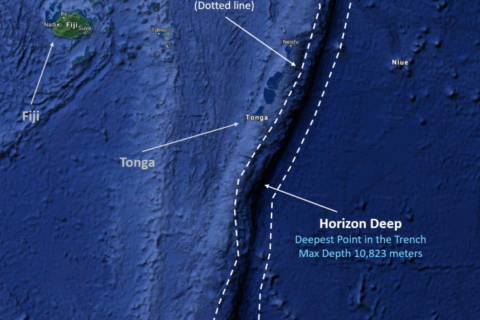 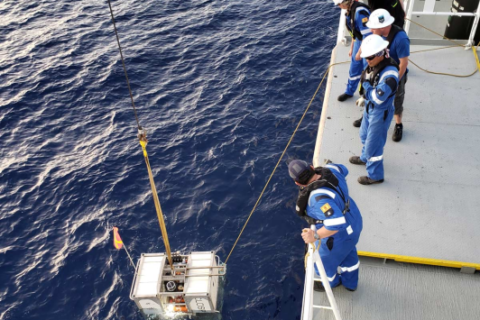 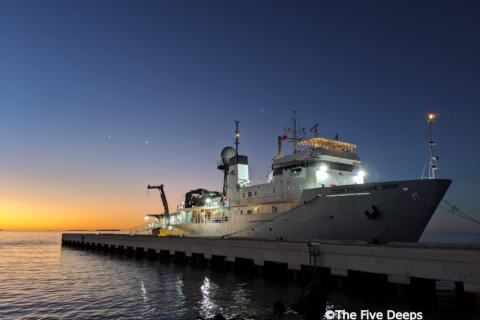 Before Vescovo and his team sailed to the Pacific islands of Tonga, it was not completely clear if the Horizon Deep (the deepest point of the Tonga Trench) was the first deepest or second deepest point on Earth. The team confirmed with sonar that it was indeed in second place but Vescovo was still set to make history in embarking on the world's first ever journey to this enigmatic trench.

"The overall topography of the Horizon Deep is perhaps the most varied and dramatic of all the deeps we have seen so far, with pronounced ridges and slopes far steeper than the other diving sites," said Vescovo. It also may be the most geologically active trench system in the entire Pacific Ocean according to some geologists.

It was also Vescovo and the team's wish to set yet another record for the submersible, 'Limiting Factor' - to make two consecutive dives in two days. Weather reports showed they had a 48-hour window of good weather to make this a reality.

On June 4 Vescovo descended for four hours to reach to the Horizon Deep, a historic voyage. He made the most accurate measurement of depth: 10,823m (35,509ft), only 105m (345ft) shallower than the world's deepest. But the Horizon Deep turned out to be enigmatic in a more unexpected way.

"I arrived in the middle of a very flat, beige-colored sand plain with extremely little detail. I saw no wildlife, no evidence of man – only a flat plain that looked like a vast desert, but completely underwater". Perhaps not what you would expect to find at the bottom of a place with the 'steepest slopes' of all of the expedition's deep destinations.

The team usually sends down two other unmanned landers every time the Limiting Factor makes a dive. These landers are named Skaff and Closp. Vescovo was navigating across the featureless bottom to find Closp when suddenly he started to lose some electrical power. Something was short-circuiting.

Vescovo redirected some power flows reducing electrical loads. The near-freezing sea temperature began to seep it's coldness into the cockpit prompting Vescovo to put on a sweater, hat, and gloves. At a certain point, the power in the submersible was so low that he was unable to deploy the manipulator arm to pick up rocks for research. After two hours scuttling around the bottom, Vescovo decided it was time to ascend back up to the 'Pressure Drop', their ship on the surface.

The mission was a success, however, the feat to achieve a second dive in 48 hours was going to have to be cancelled. Water somehow found its way into one of the electrical junction boxes, something which definitely needed to be repaired but it was not going to be possible with such a fast turnaround.

The team feels the time pressure to make it to the Molloy Deep, the Arctic Ocean's deepest point while there are still warmer summer waters. Pressure Drop left the Tongan Islands and is currently steaming across the East Pacific Ocean on route to Panama. They are heading to Puerto Rico for another dive at the Atlantic's deepest spot before sailing north to the Arctic. 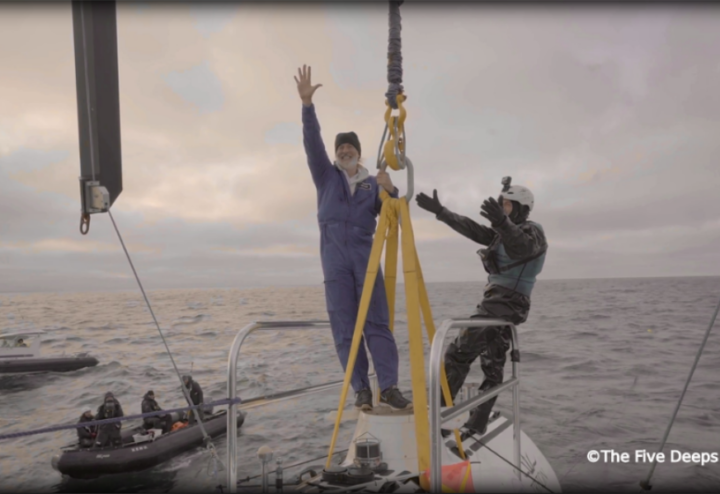 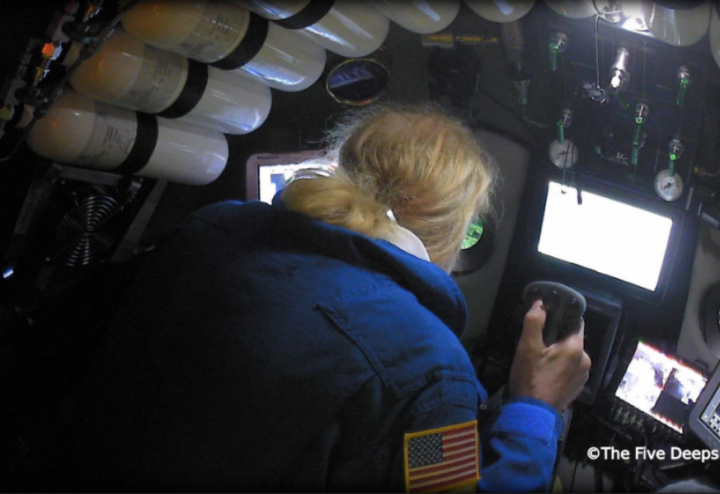 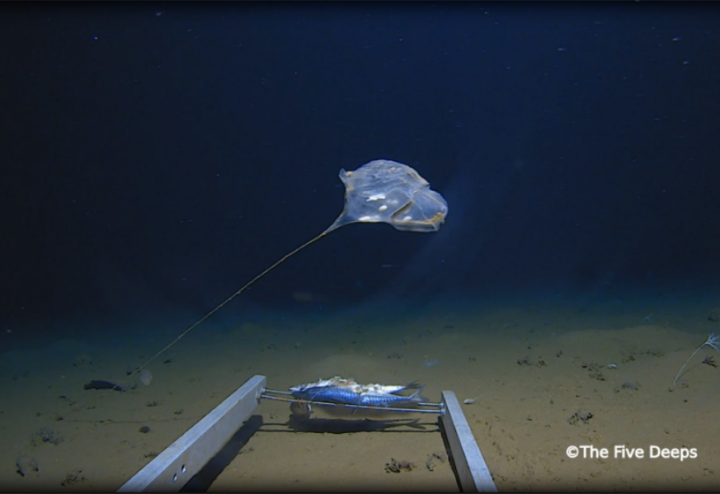 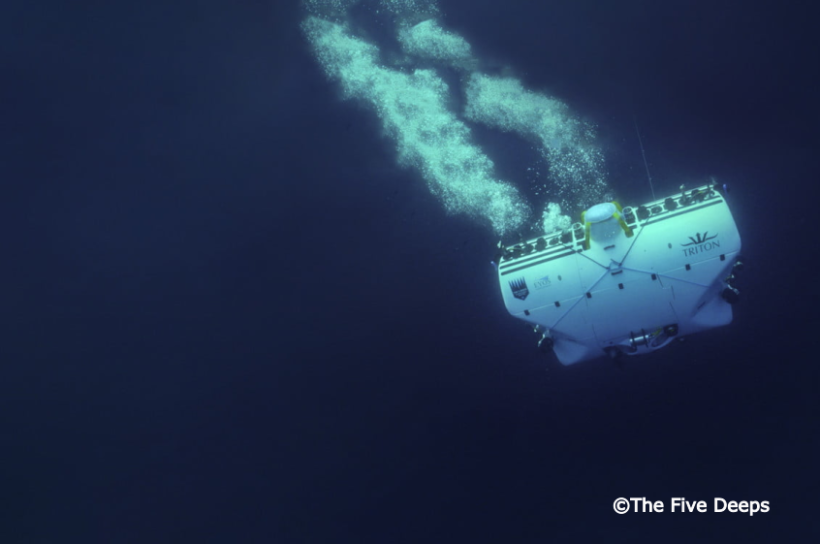 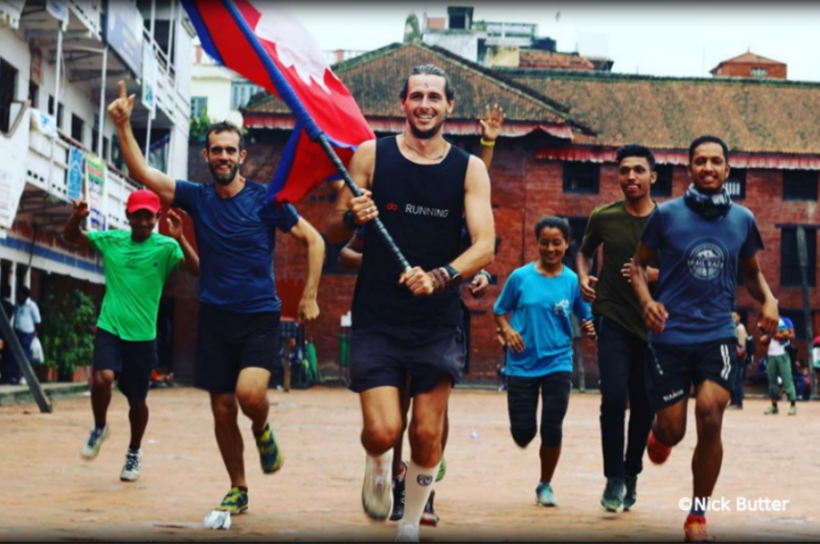 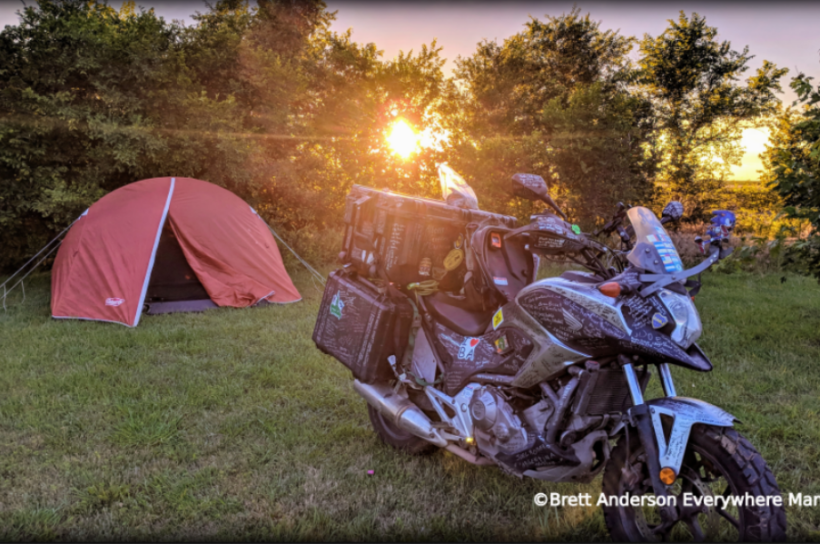