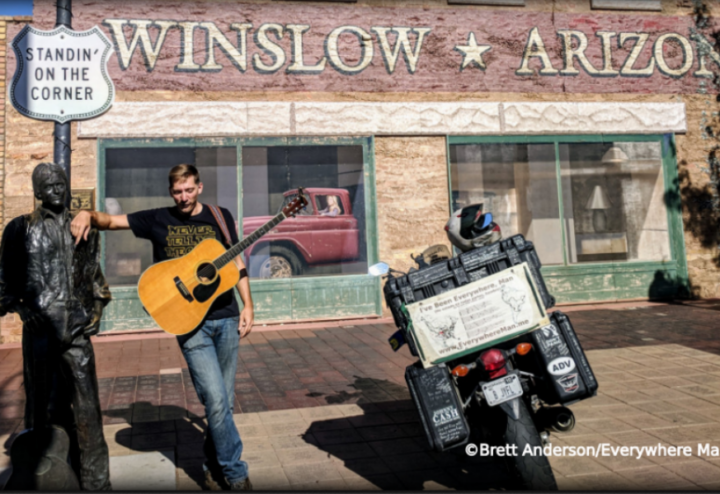 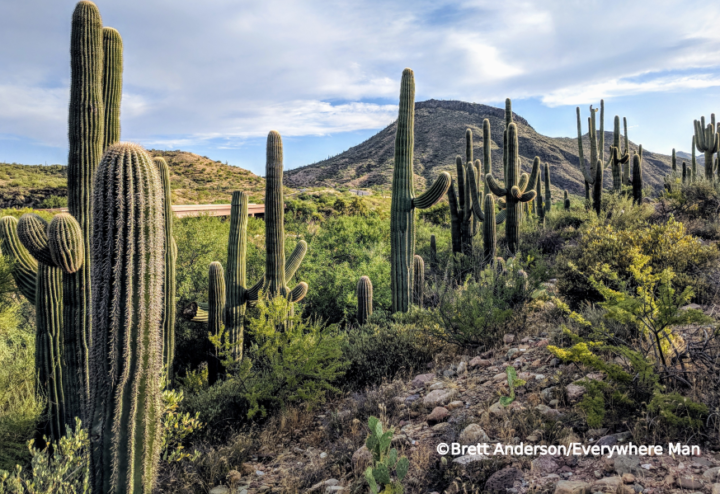 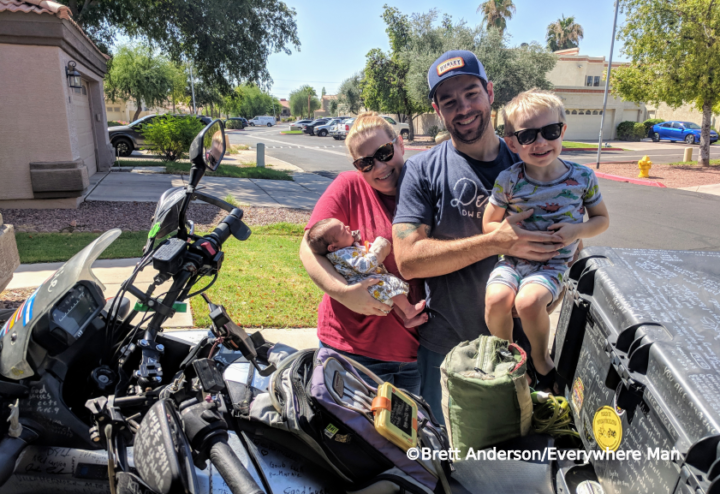 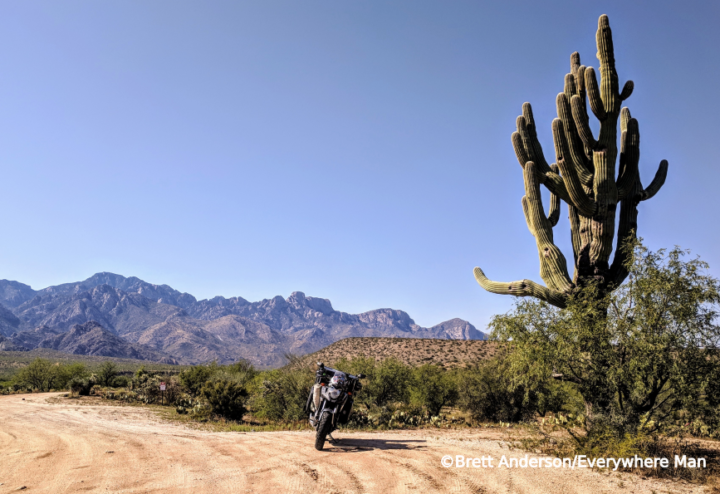 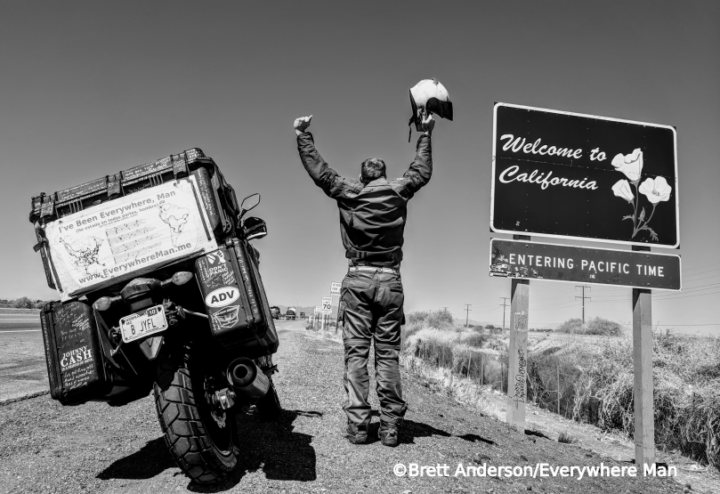 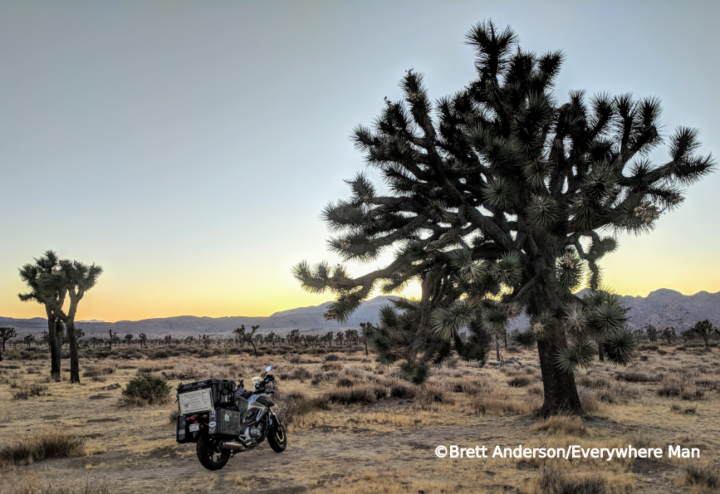 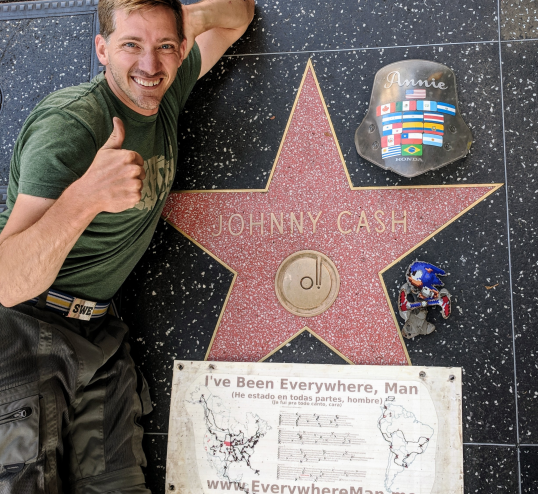 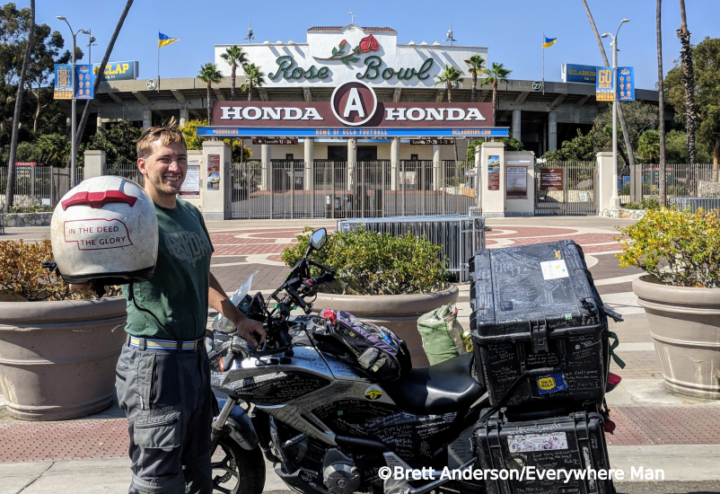 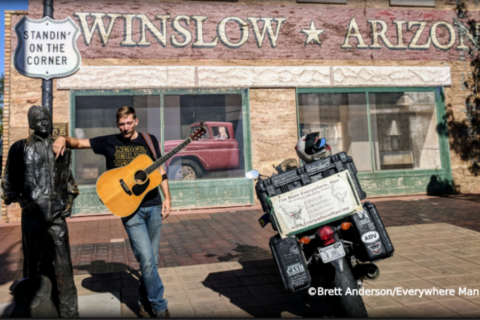 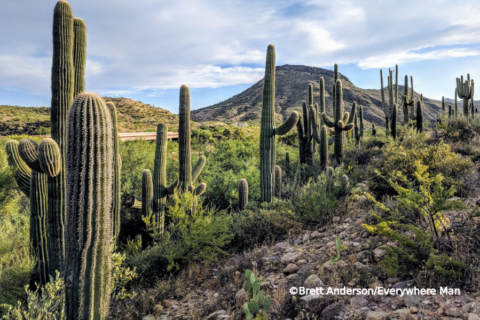 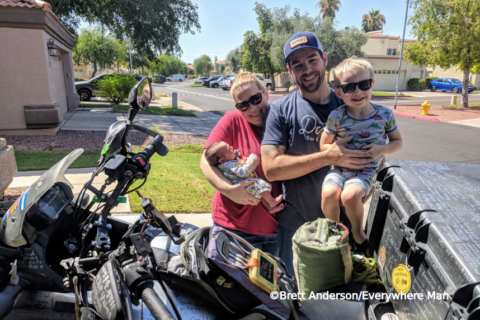 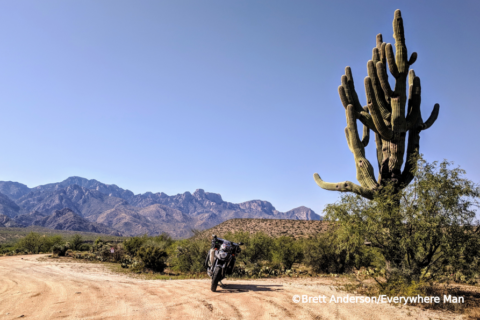 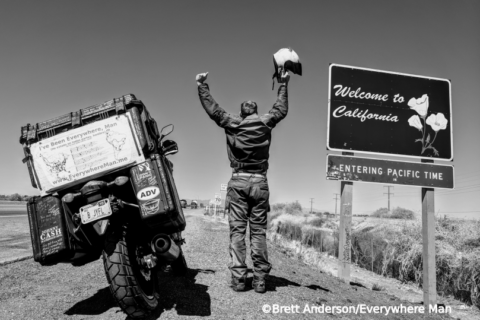 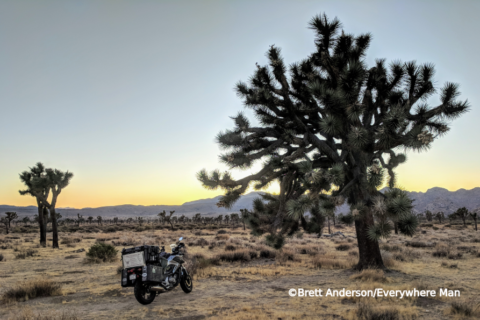 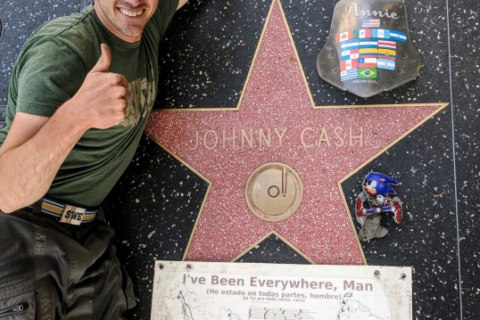 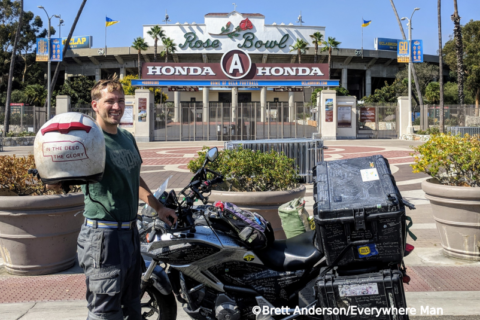 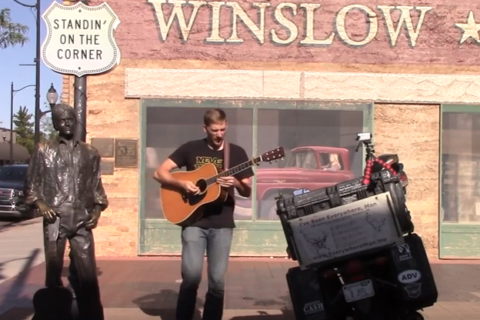 The state of Arizona includes two song locations for Anderson, Winslow and Catalina.

First up was the town of Winslow. Originally a railroad town, it is famously referenced in the classic Eagles song “Take it Easy.” The line, “Well I’m a standin’ on a corner in Winslow, Arizona,” has since been immortalized by the town in the form of a statue. Borrowing a guitar Anderson was able to get his official photo for song location 85, and he even performed a few tunes!

Anderson spent only 26 hours in Winslow but really enjoyed the town. He met lots of friendly locals, learnt about the town’s history and felt that he’d had a month’s worth of experiences in his short visit.

He continued south through the state, descending into Phoenix. Here he stayed with two new friends, Cale and Jill. His arrival coincided with a very special day for the couple. Jill was due to give birth and they promptly rushed off to the hospital almost as soon as Anderson arrived! He was able to provide some support by looking after their dogs and was soon introduced to their new baby, Bennett.

After all that excitement, it was off to Catalina, a little town north of Tucson for song location 86. The ride over was extremely hot but Anderson stopped often to admire the huge Sonora Desert cacti. Catalina itself is a strange place, it’s not technically a town but rather a “census-designated place” and so Anderson had a difficult time trying to find a good photo spot. While exploring the back roads he took a nasty fall on a steep slope and instantly regretted only wearing a t-shirt. He was lucky to escape with only a few cuts and bruises. Getting back up the steep slope compounded his frustrations. In the process of getting his bike back up, he almost burnt out his clutch!

Having ticked off Catalina he moved on to California, the 49th state during his quest. He toured through Joshua Tree National Park on his way to Pasadena, song place 87 of 92. It was a long day of driving but at least Anderson already knew where he wanted his official photo taken, the Rose Bowl stadium. 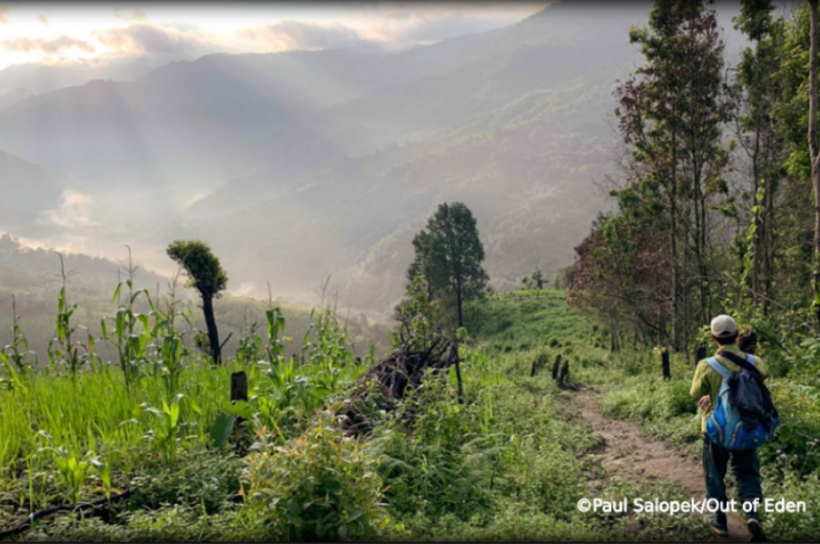