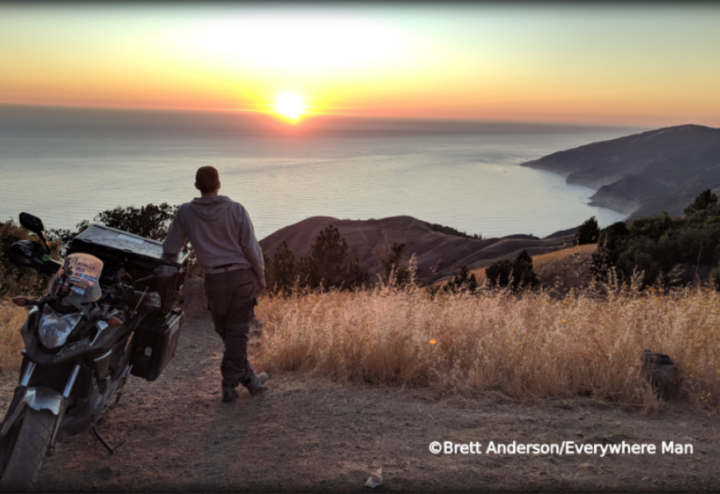 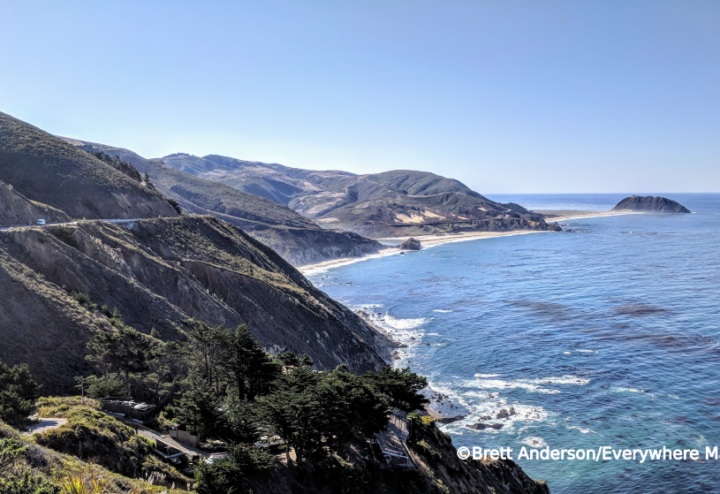 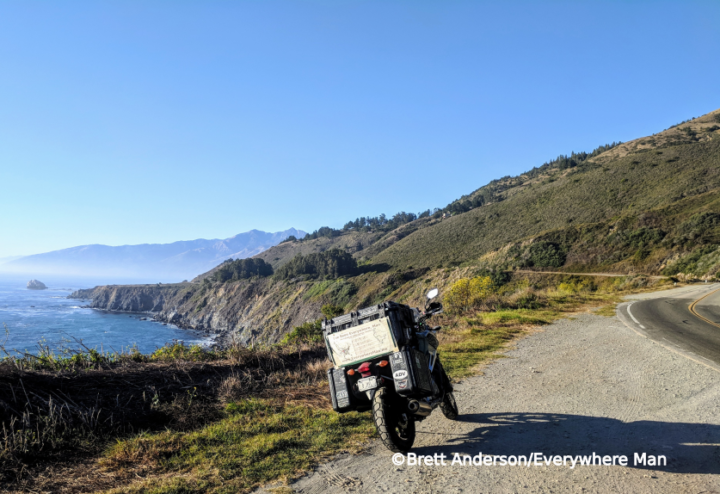 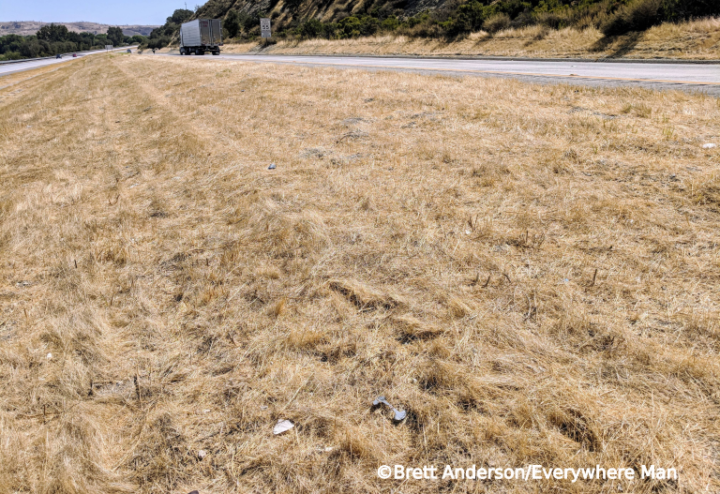 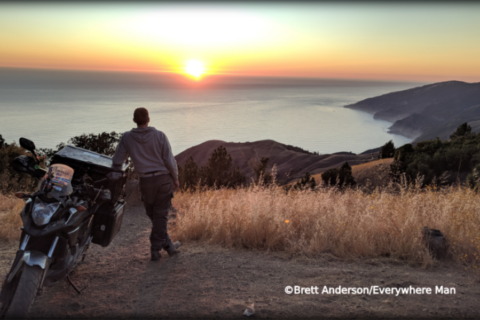 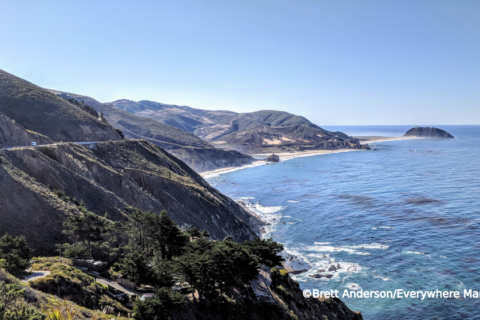 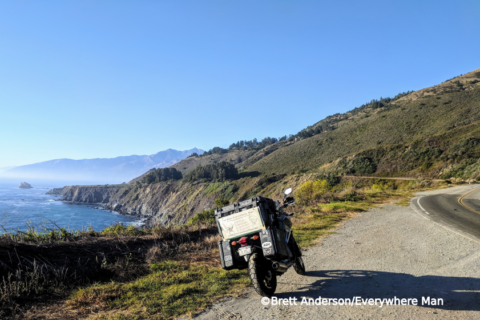 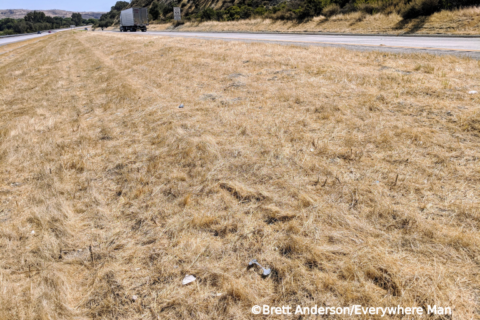 Anderson completed song location 87 in our last update, Pasadena, California. From Pasadena, he headed away from the urban sprawl of Los Angeles, up the Pacific Coast Highway.

At first, he found the views underwhelming but this changed once he reached Big Sur State Park. Numerous car commercials have been shot along the roads in and around the park, for good reason. The views were stunning. Anderson found a scenic camping spot to bed down for the night and enjoyed watching the sun set into the Pacific Ocean.

The next morning, he realised something was wrong with his bike, Annie. She was bucking him around more than usual. “It felt more like riding a galloping horse than a motorcycle,” he remarked. He soon found the culprit; his rear shock absorber had blown. It was still functional but would make for a bumpy ride until he could get it replaced.

He continued along the Pacific Coast Highway towards song location 88, Bakersfield. Along the way, he suffered another minor setback. Sonic the Hedgehog, his beloved traveling companion and talisman, lost a leg! The Sonic wind-spinner's leg flew off as Anderson hurtled down the highway. Yet somehow, after much searching, he was able to locate it again beside the road.

Only five places remain before he completes his quest and it seems that the finish line has been on his mind. With a damaged bike and his own minor injury from a previous fall, Anderson feels like he is limping towards the finish line. In his latest update, he warns that he may not post much until he completes the trip, focusing instead on the final leg of his long journey. 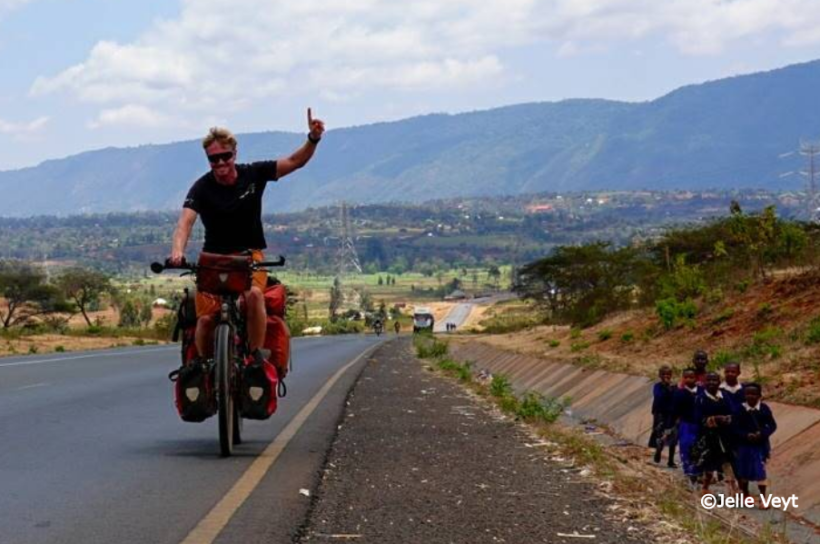 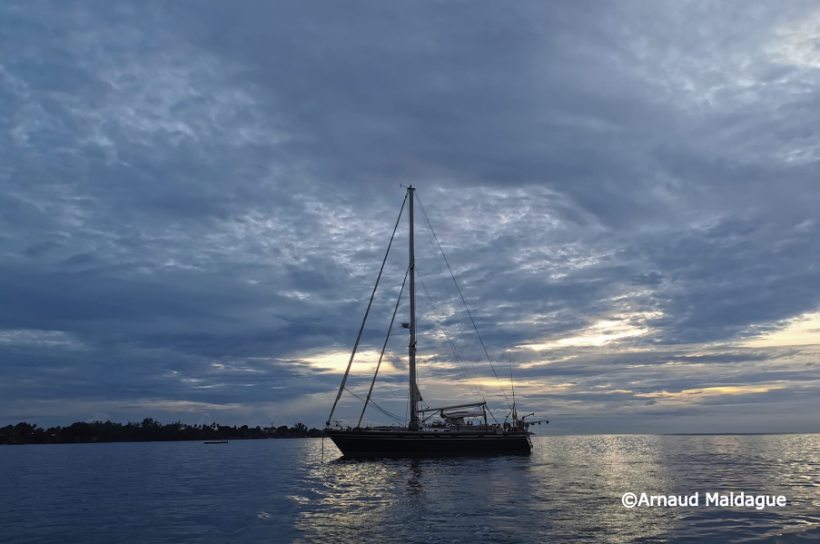