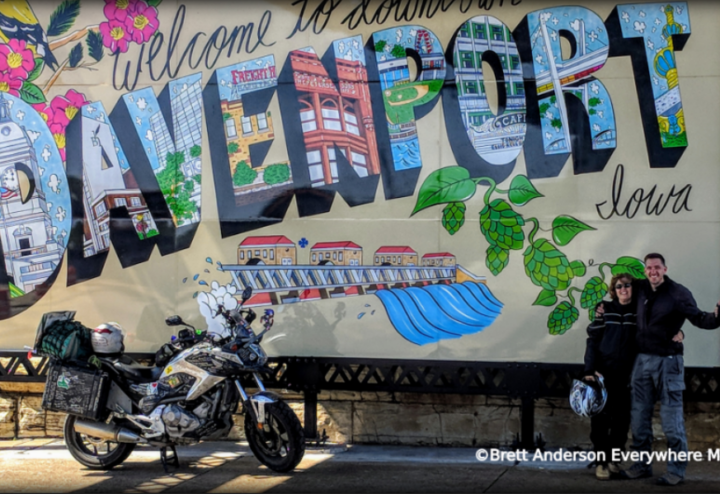 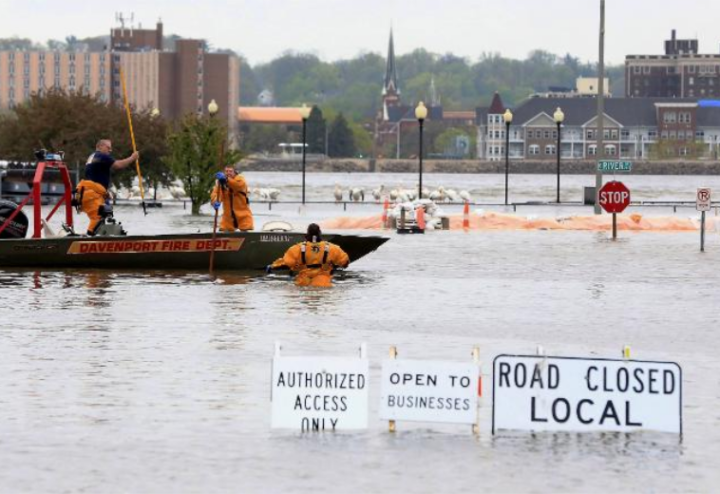 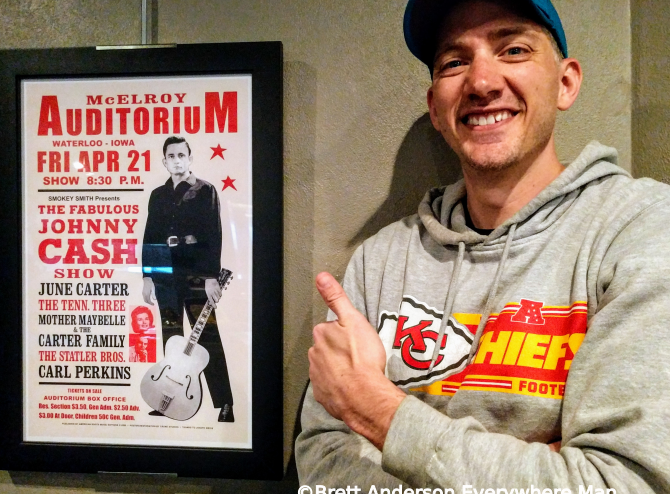 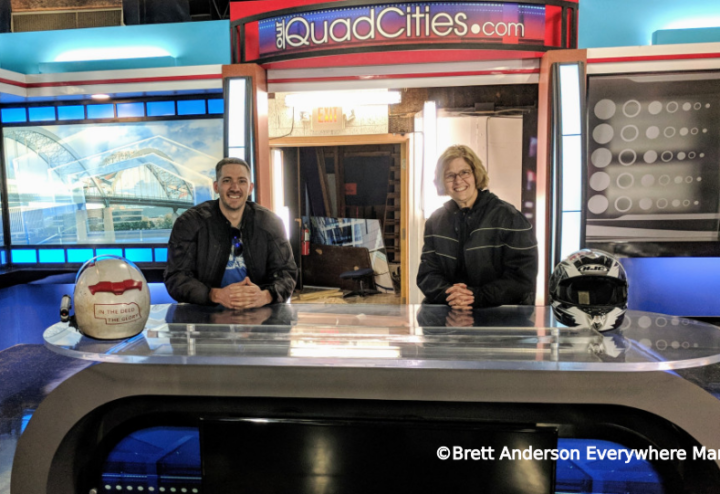 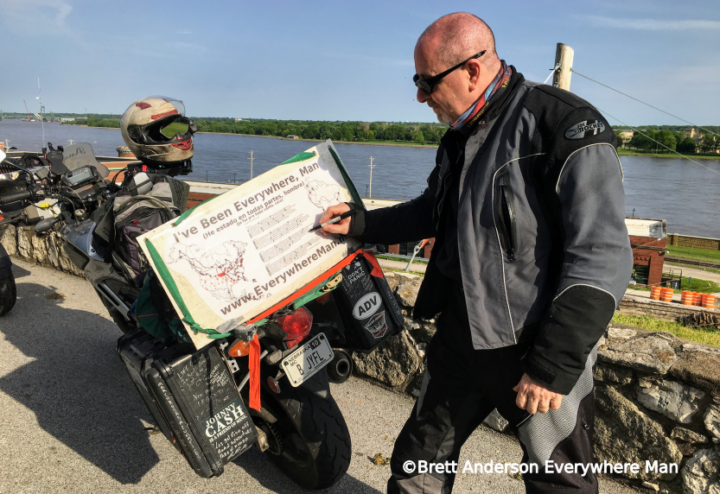 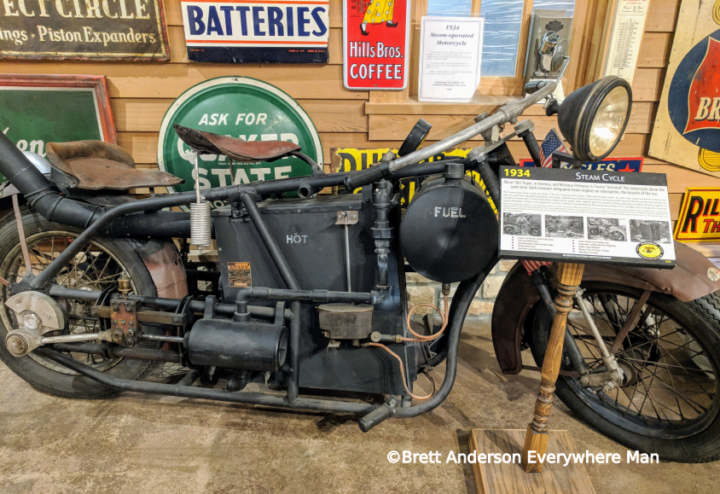 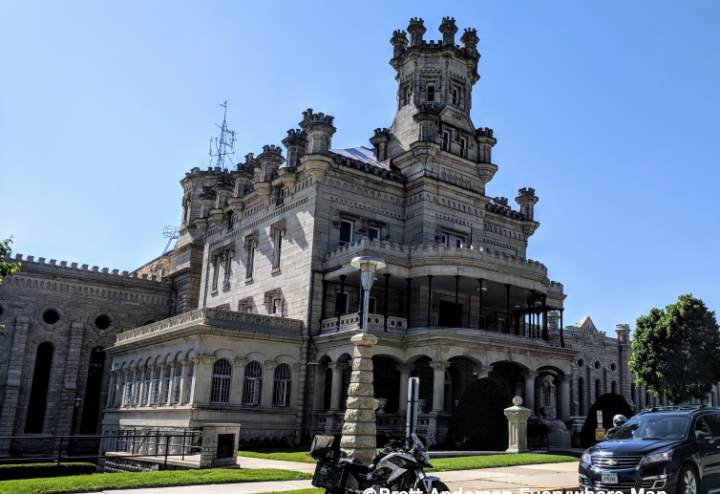 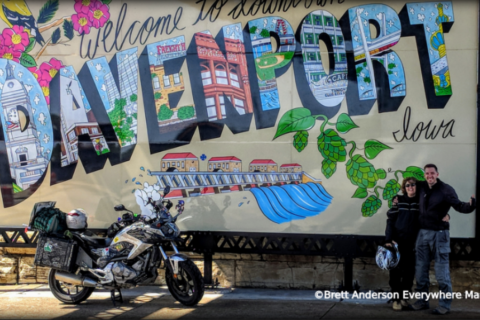 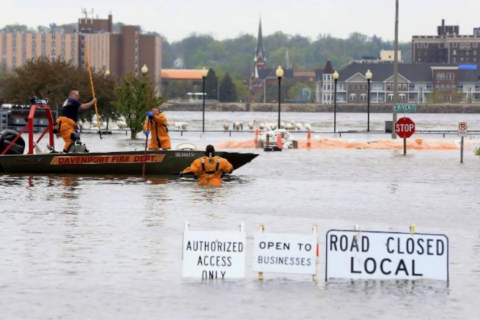 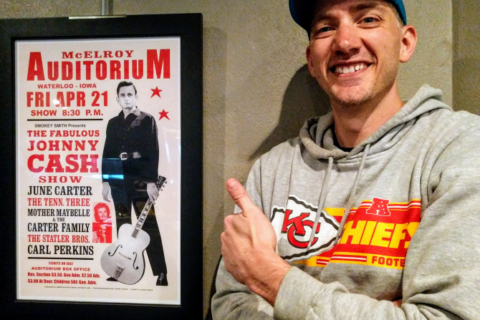 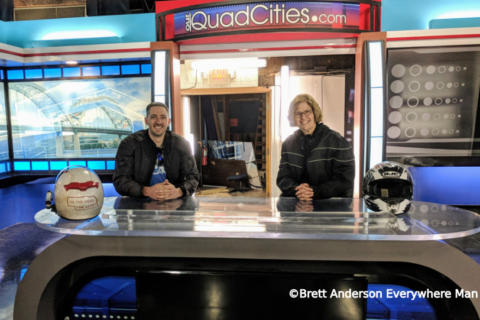 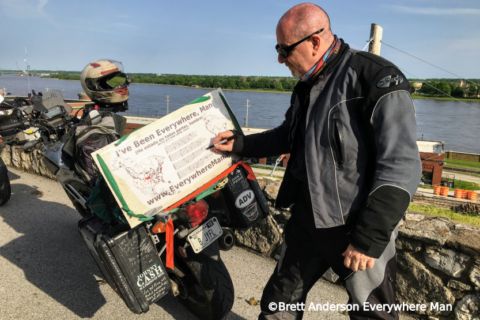 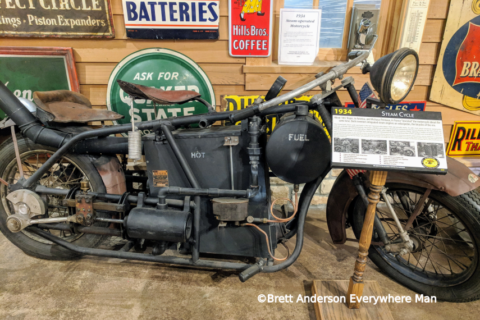 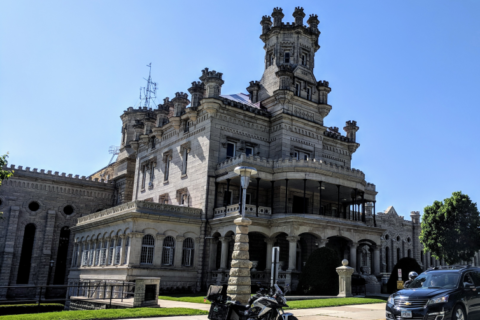 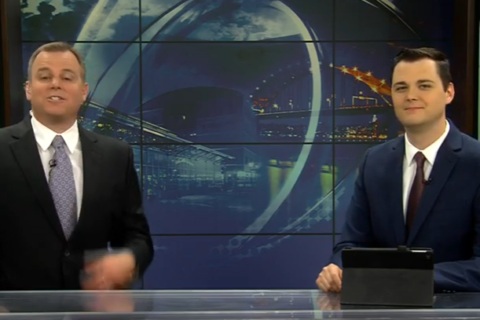 Finally back on the road after a long hiatus, Anderson and his mother headed from Oskaloosa to Marion in Iowa. They stayed with Anderson's aunt and uncle in Marion, using their house as a base for seven days while they ticked off two new song locations: Davenport and Waterloo.

Davenport marked location 67 of 92 for Anderson, but he hadn't picked a great time to visit. Heavy rain in April broke a flood barrier and the town was still dealing with flooded streets and extensive water damage. Anderson and his mother were escorted around the town by local motorcycle enthusiast, Dale. Dale took some time off work to show them the sights and even pulled some strings to organise a surprise TV appearance for the pair!

From Davenport, they took a side trip to Anamosa and the national motorcycle museum. Anderson was like a “mosquito in a nudist colony” while touring the museum, with tons of classic bikes to admire and interesting stories to discover.

On May 27 they reached Waterloo, location number 68. Here they visited a local institution, the John Deere tractor museum. They enjoyed their brief stay in the town, but were once again unlucky with the weather, getting caught in driving rain as they departed.

After a couple more rainy days with relatives, it was time to leave Iowa and for Anderson to continue his journey alone. His mother returned home but is hopeful that she might rejoin his quest at a later date. It seems the company did them both good, “Mom and I have both noticed that although we are going through a difficult, emotional time in our lives, joy is still the prevailing feeling. I know that this is due in large part to us leaning into the curves together,” Anderson explained when looking back on the last few weeks in Iowa. 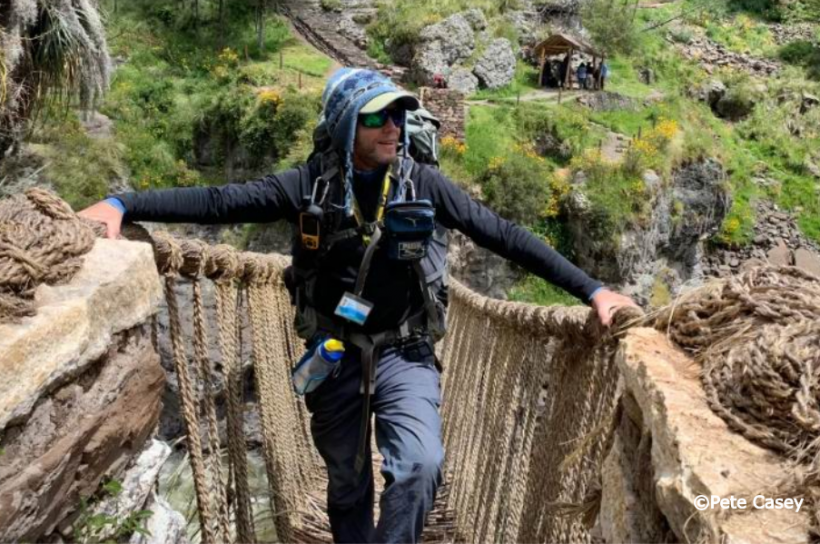