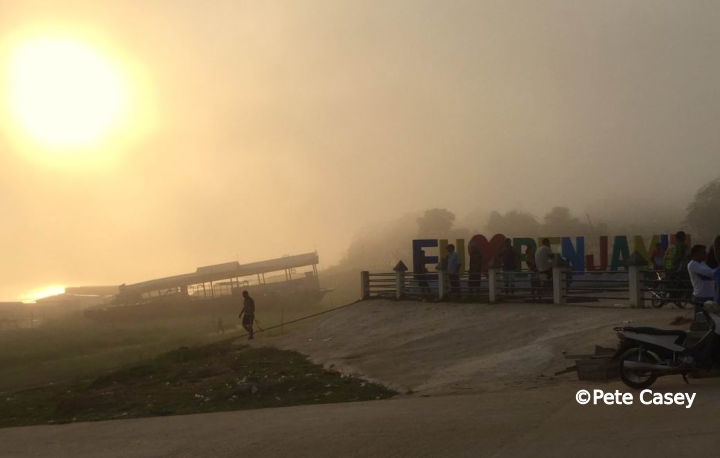 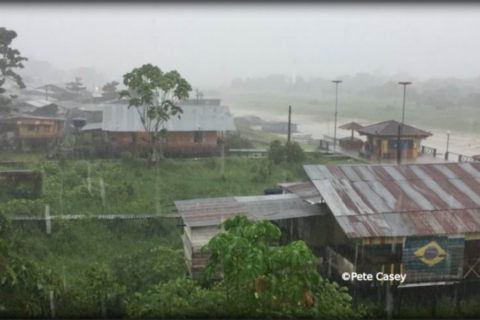 As sheets of rain pour down on Casey, he worries about the ever-imminent rainy season. In approximately 4 weeks the rainy season begins, making jungle and river trekking incredibly difficult, if not impossible.

In our last update, Casey's trusty guides, Crispin and Jonny had helped Casey complete a part of the trek, but they were forced to return home to their families. Crispin was worried about his family having enough food and there were several festivities occurring around September 7th - one that was celebrated by the Ticuna indigenous population, and the other was the annual celebration of Brazil's independence. They promised to return to help Casey finish his journey to the Brazil/Peru border. It's just a final remaining stretch that even we as readers have been anticipating for months. It would be a shame if time ran out before the rainy season to walk the stretch.

Casey indicated he would be waiting in the community of Feijoal, so that's presumably where he is. He says he has been greeting boats every day for 15 days to look for the guides. We had thought that Casey might have already made it to Peru but that turns out not to be the case. Will the guides, Crispin and Jonny, hold true to their promise? Will they ever return?